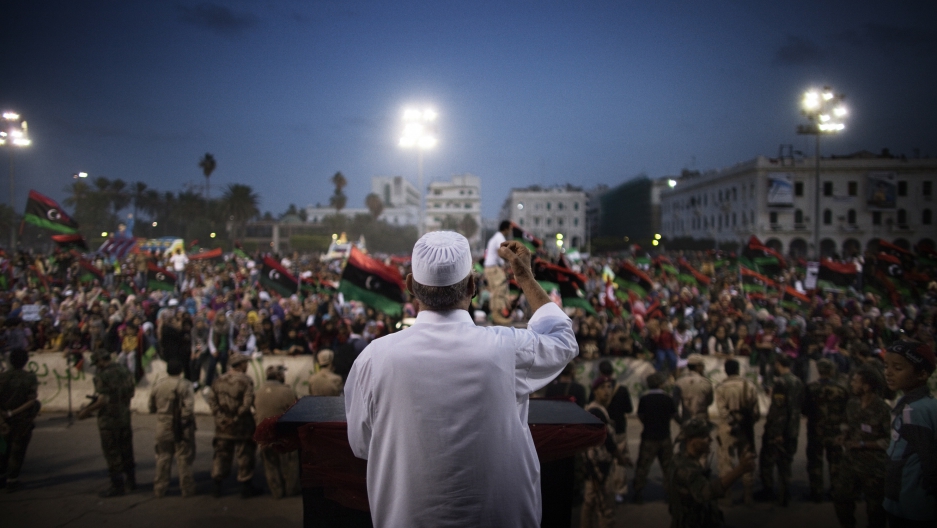 Mustafa Abdul-Jalil made the announcement to thousands of supports at a ceremony. He also said that Islamic Sharia law would be the “basic source” of legislation in the country and the existing laws that contradict Islamic teachings would be nullified, CBS News reports.

"This revolution was looked after by God to achieve victory," he told the crowd, CBS News reports. The celebration took place in Benghazi, the birthplace of Libya’s uprising, the Wall Street Journal reports.

Read more at GlobalPost: The Rise and Fall of Muammar Gaddafi

However, the NTC leader didn’t address the political crisis Libya faces. Instead Jalil focused the speech on Libya’s victory over Gaddafi in his 15 minute address, WSJ reports.

Jalil also urged Libyans to put civil conflict behind them for the country’s sake, BBC reports. Since Thursday the NTC has come under pressure to investigate how Gaddafi died. A post-mortem carried out on the former leader's body on Sunday showed he had received a bullet wound to the head, BBC reports.

The crowd of Libyans responded to Jalil’s speech with shouts of “God is great,” the New York Times reports. Jalil stooped to shake hands in the crowd and embraced the elderly relative of a fallen rebel. His speech was heavy with Islamic references, promising Islamic banks would also be established in Libya now, the NY Times reports.

Read more at GlobalPost: Who killed Gaddfi? Why we should care.

“We are an Islamic country,” said Jalil, the NY Times reports. “We take the Islamic religion as the core of our new government. The constitution will be based on our Islamic religion.”