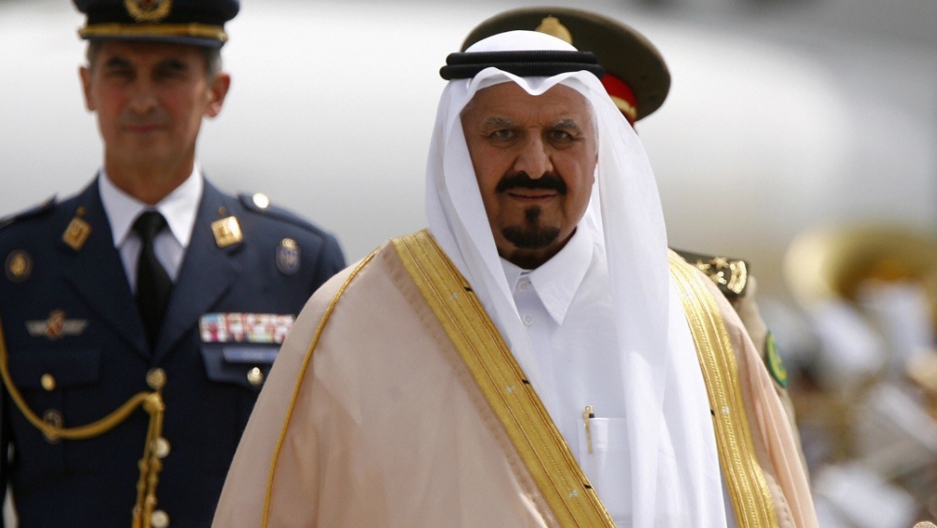 RIYADH, Saudi Arabia —Crown Prince Sultan bin Abdul Aziz Al Saud, who oversaw the modernization of Saudi Arabia’s armed forces and presided over the purchase of billions of dollars in advanced weaponry while Saudi Arabia’s defense minister for nearly half a century, died today in New York, where he was seeking treatment for an illness.

The longtime pillar of Saudi Arabia’s ruling family, whose age was official given as 86, had been ill for some time. In late 2008, he went to the United States for medical treatment and spent more than a year convalescing there and in Morocco. His illness was not officially disclosed, but he was believed by diplomats to have suffered from cancer.

His death is the first instance in modern Saudi history that the heir apparent predeceased the king. He is likely to be succeeded by his brother, Interior Minister Prince Nayef bin Abdul Aziz.

The king is not required to follow the new procedures, which are mandatory only for his successors. But he may opt to implement them now to create a precedent for future royal transitions — periods that usually involve intense negotiations among rival princes to secure key government positions.

Crown Prince Sultan, who also held the title of deputy prime minister, not only was one of the most powerful members of the House of Saud. He also was father to two prominent Saudi interlocutors with the United States.

Sultan was widely regarded as an extremely capable and ambitious leader, with a dynamic, outgoing personality. Wyche Fowler, who served as U.S. ambassador in the kingdom from 1996-2001, called Sultan “a true corporate chief executive” and “ultimate multi-tasker.”

“Of all the members of the royal family, he had the personality and brains of a corporate executive,” said Fowler. “He was extraordinarily decisive [and had] a phenomenal memory [as well as a] detailed and fine-eyed knowledge of all activities and programs and inner workings of the defense establishment.”

In his chart of the royal family tree, Al Saud genealogist Michael Fields describes Sultan as “hardworking, pugnacious, efficient” and a “very human person” who maintained good relations with many of Saudi Arabia’s influential tribal leaders.

Reputedly one of the royal family’s richest members, Sultan was also noted for his beneficence. During a 2008 meeting in New York with Saudi students, for example, he presented each with a gift of $10,000. He also founded the Prince Sultan bin Abdul Aziz Charity Foundation, a philanthropic association to assist disabled and elderly Saudis.

Ambassador Fowler said that during his extensive travel around Saudi Arabia, he found that “Sultan had a tremendous reputation for personal generosity…. It was mentioned many times.”

Sultan bin Abdul Aziz was born in Riyadh at a time when his father and the country’s founder, King Abdul Aziz Al Saud, was still consolidating his rule over Saudi Arabia. Sultan’s mother was one of his father’s favored wives, Hessa bint Ahmed al Sudairy.

He and six male siblings born of Hassa became known as the Sudairy Seven, one of the most powerful clans within the large royal family. Besides Nayef, the Seven included the late King Fahd; Salman, Governor of Riyadh, Abdul Rahman, a deputy defense minister; Ahmed, a deputy interior minister, and Turki, a businessman.

Sultan’s official biography states that he had a traditional upbringing in the royal court, which would have included studies in Islam, Arabic and possibly, geography and mathematics.

His first public post came in 1947 when his father named him Riyadh Governor. According to the official biography, he assisted his father in creating an administrative system for the young country.

In 1953 when King Abdel Aziz formed Saudi Arabia’s first official ministerial cabinet, he appointed Sultan Agriculture Minister. Two years later, Sultan became Communications Minister, a post in which he oversaw the building of the country’s first rail line between the east coast city of Dammam and the capital, Riyadh.

When Sultan became Minister of Defense and Aviation 1962, Saudi Arabia’s military establishment was rudimentary. He launched its modernization almost immediately, amid a major foreign crisis for the kingdom: The 1962-67 Yemeni civil war during which Egyptian aircraft bombed several Saudi villages.

Sultan turned for help to the country that would become the kingdom’s closest military partner, the United States. As Thomas Lippman, author of several books on the kingdom, wrote, “training the Saudi armed forces would become a cornerstone of the bilateral relationship for the next fifty years."

In 1979, Sultan was among the senior princes who directed the retaking of Mecca’s Grand Mosque after it was seized by Islamic radicals. For many years, he was the point person within the ruling family on matters relating to Saudi-Yemeni affairs. He also supervised the emergence of Saudi Arabian Airlines as the national air carrier.

According to genealogist Field, Sultan had more than 30 children by several wives.

In 2005, Sultan became Crown Prince when King Abdullah ascended to the throne upon the death of King Fahd. Sultan also held the title Deputy Prime Minister, as the king acts as Prime Minister.

It is customary for the king to signal his preference for the next crown prince by naming a Second Deputy Prime Minister. However, Abdullah did not do this for four years until finally, in 2009, he gave the title to Interior Minister Prince Nayef.

Nayef is expected by many royal watchers to become the next Crown Prince, and confirmed in that position by the Allegiance Council if King Abdullah opts to call the Council into session.

Some grandsons are eager to try for the brass ring themselves, or at least see someone of their generation become king. Until this happens, there are fears that the kingdom’s aging, first-generation princes--now mostly in their 70s and 80s — could turn Saudi Arabia into a gerontocracy as each takes his turn as king, miring the kingdom in political stagnation.

Upon the death of a king, the Council should meet to ratify the crown prince’s ascension to the throne and select a new crown prince. These new procedures may make succession more orderly, but not necessarily more transparent as the Council’s deliberations are secret, though minutes are supposed to be taken.

This new procedure is a break with how Saudi crown princes have been selected since the country’s modern founding in 1932, that is, the brother next in age to the reigning king became crown prince--unless he gave up his claim to become monarch or was regarded as unfit for the job.

Now, however, age seniority no longer is the sole criterion for choosing a crown prince. That brings some uncertainty into predicting who will be future crown princes. But this time, many Saudis suspect that secret negotiations within the royal family have been going on for months and already produced a consensus on Sultan’s successor.