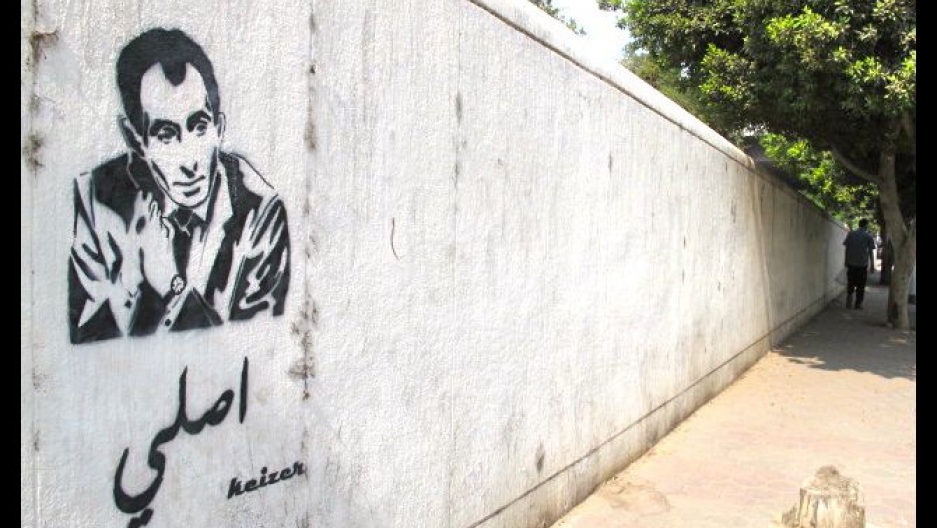 CAIRO — In the uncertain months after country's revolution, Yosri Fouda emerged as one of the few Egyptian journalists who spoke truth to power. His popularity surged with his late night talk show, where he challenged Egypt's ruling military council.

But government censorship has finally reached one of the country’s most respected independent TV channels, ONTV, where Fouda presented his daily show, "The Last Word."

Yosri Fouda resigned “indefinitely” Friday night in protest of the current government’s continued effort to muzzle the press, leaving many independent journalists feeling that the revolution is back to square one.

He said he made his decision after a show he planned about comments made by two Major Generals from the ruling military council was cancelled inexplicably.

“People did not sacrifice their lives, their eyes, and parts of their bodies for things to be the same, they sacrificed for the country’s freedom and dignity,” said Fouda, a former BBC and Al Jazeera correspondent, referring to the 18-day uprising.

Fouda’s decision drew widespread attention to the ongoing press crackdown, with a leading Muslim Brotherhood member, Jamal Tajuddin, and one of Egypt's most revered writers and revolutionaries, Alaa Aswaany, condemning it.

"Is it not allowed for someone to criticize the decisions of the military council," Aswaany tweeted. "Isn't the [Supreme Council of the Armed Forces] satisfied with the cheap hypocrisy of the state media? The revolution needs another round."

After the January 25 uprising, journalists had hoped that censorship laws would change; however they found that prior restraint remains a regular occurrence.

In September, the military enacted all articles of the country’s long-hated emergency law under which news organizations could be prosecuted for “goading hatred” towards the government or “disturbing social harmony.”

According to Gamal Eid, Executive Director of the Arabic Network for Human Rights Information (ANHRI), under these articles, the state reserves the right to block newspaper articles from being published, stop the transmission of TV channels, or terminate the broadcasting of any program they deem “harmful” to the public.

“Keep in mind that the repeated phrases ‘public ethics’ or ‘public disorder’ are ambiguously worded so they are not easily measured upon,” Eid told GlobalPost.

“Stifling the press not only violates my right as an Egyptian citizen, it deprives me from gathering accurate reports, keeping me from doing my job as a lawyer and human rights activist.”

Ziad Akl, a political analyst at the Ahram Center for Strategic Studies predicts that the military will not give up control of the public narrative without a fight.
"The longer the military will stay, the further they will crack down on media," he said.

Youssef Sidhom, editor of a small Christian weekly Al-Watani, said he chooses to stay away from all stories that have to do with the military.

Hanan Fkry, a columnist who has worked at Al-Watani for 11 years says she has experienced this form of censorship firsthand when Sidhom refused to publish an Arabic column she wrote in response to the military council’s comments regarding the recent clashes outside Maspero, the state TV building.

Two days after the bloodiest clashes the country had seen since the winter uprising, Major General Ismail Mohamed Etman from the Supreme Council of the Armed Forces, denied any wrongdoing, insisting that soldiers outside Maspero were not armed with live ammunition that evening.

In her column, Fkry countered that argument, citing autopsy reports stating that protesters were shot and run over by armored vehicles. She also condemned state media coverage, which at one point during had asked “honorable” citizens to leave their homes and go “protect the army from protesters,” who were primarily Coptic.

“Their response to the clashes was infuriating; it failed to provide concrete answers,” Fkry said.

Last week Gamal Eid's ANHRI filed a lawsuit against the Supreme Council of the Armed Forces, Prime Minister Essam Sharaf and the Ministry of Information for what they cited as "the misinformation and incitement against the protesters by the state TV during the events at Maspero."

Fkry was close to 25-year-old activist Mina Daniel, who died in the Maspero violence, and says her heart still aches from what happened that night.

“Mina was among the youth at the forefront of the January 25 revolution,” said Fkry.

“He was shot many times with rubber bullets during the revolution and survived, but now he has been killed at the hands of the army,” she said as her eyes filled with tears.

After Sidhom declined to publish her column, Fkry approached Al Anbaa Al Dawleya newspaper, a smaller publication that distributes about 20,000 copies only in Cairo. Abdo Maghraby, its editor in chief, agreed to publish Frky’s column.

Fouda’s cancelled show was expected to provide viewers with a response and analysis to SCAF’s announcement, which have been mainly broadcast on state media and select satellite channels.

Since the clashes, Maspero state TV, which houses the Ministry of Information in downtown Cairo, has been in a state of turmoil.

Protesters have marched to ministry, demanding that the institution is “cleansed” from the minister, his team, as well as the editorial staff, who they see as “liars and remnants of the old regime.”

The recent media crackdown comes at a very critical time for Egypt, just a month before the country’s first parliamentary elections after Mubarak was forced out of power in February.

In October of 2010, while Mubarak was still president, there was a heavy crackdown on media just before parliamentary elections when the government shut down four satellite channels, and warned two others who had been “excessively” critical against the regime.

Hala Fahmy, a 20-year veteran of state TV recalled the heavy censorship under Mubarak’s police state, citing that the country is far from free.

“We had a revolution, but it is not finished,” Fahmy said.

Recently, in protest of what she calls skewed state TV coverage of the ongoing revolution, Fahmy, along with her colleagues leaked raw footage from the 18 days of Egypt’s uprising.

Fahmy, a revolutionary thinker known for her sharp statements, left her job on January 25 to join the youth in Tahrir Square to expose the state TV apparatus, who she said was corrupt for depriving Egyptians from knowing all sides of their society.

Although Fahmy is still considered an employee of the state, she says her bosses are “playing” her to keep her from working again.

“They think I’ll plot to overthrow the regime,” she said jokingly as she demonstrated outside Maspero with a small group of her colleagues. “They ask me to come up with ideas for program or take a camera and film my own idea, they are telling me — a veteran of 20 years on television — to start from scratch,” she said. “I play along and come up with ideas but they reject them, using the excuse that they don’t find them interesting.”

“If the revolution is going to succeed, we have to start here,” Fahmy said, pointing to the state TV building which houses the Ministry of Information. “We have to have fair coverage that’s not manipulated for the military council’s taste and to achieve this, we need a channel for the revolution.”

The Ministry of Information refused to comment after several attempts from GlobalPost.