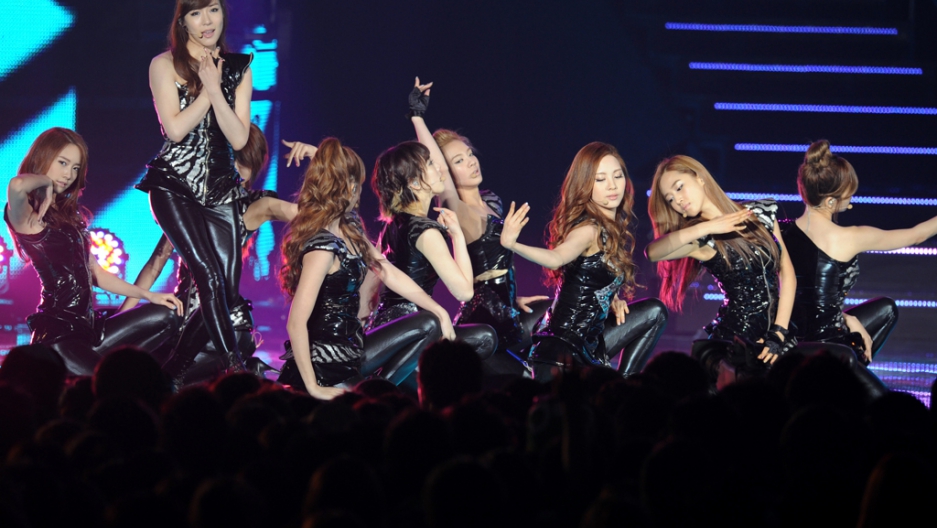 TOKYO, Japan — When Rain, South Korea's most successful pop star, reported for national service duty at an army base near Seoul earlier this month, the hundreds of fans who bid him farewell included a big contingent of Chinese and Japanese women.

Rain is not alone in enjoying the adulation of admirers from beyond his own country's borders.

In the space of a decade, South Korean pop has risen from relative obscurity to sweep the entire Asian continent, and is now casting its eye on the potentially lucrative U.S. and European markets.

From Beijing to Bangkok, "K-pop" artists are riding a wave of interest in Korean music, TV dramas, films and games that are expected to be worth $3.8 billion this year, up 14 percent from last year, according to the Korea Creative Content Agency.

The catalyst was the removal of strict domestic censorship laws that saw Korean TV programs appear in China, Japan and Southeast Asia in the late 1990s.

Lingering historical animosities between Seoul and Tokyo coexist with an insatiable appetite among young people in both countries for the other's pop culture.

Korean bands such as Girls' Generation and TVXQ have succeeded in Japan, a notoriously tough market for foreign performers.

The K-pop phenomenon has also spread to Taiwan and China, as well as Thailand, Vietnam, the Philippines and Malaysia.

The genre's incredible growth has not happened by accident. Talent agencies and management executives invest huge sums to train promising new acts. Every last detail must be perfect, from their sculptured physiques to their ability to converse in the language of the target countries.

"K-pop bands have made an incredible effort to learn the rules of the game, they do all the right commercial endorsements and appear on the popular music shows," says Steve McClure, the Tokyo-based editor of McClure's Asia Music News.

"They have come up with a very marketable product that fits the Japanese template for idol pop. If any Asian artist is going to make it internationally, it will be a Korean."

Many believe that true international success will only come if K-pop cracks the U.S. market. While tickets for two recent concerts in Paris organized by the South Korean production company, SM entertainment, sold out in minutes, the United States is still relatively uncharted territory.

A gauge of how receptive American audiences are will come this weekend when SM Entertainment's headline acts, including Girls Generation, Super Junior and Shinee, will perform in a six-hour concert in Madison Square Garden on Sunday.

"As Madison Square Garden is the mecca of American pop culture, the global brand power of the popularity of SM's musicians hitting the heart of New York City will be reconfirmed in the concert," the company said in a statement.

But some K-pop aficionados aren't convinced the gamble will pay off.

"K-pop has a tough time making it in America because it strives to differentiate itself from its American counterpart, but at the same time, looks and sounds too much like it," Amy He, the managing editor of Seoulbeats, wrote in a recent opinion piece for the Korea Herald.

"American audiences aren't interested in consuming a distilled version of their own pop."

The investment in Japan makes sound economic sense, however. The country has a 22 percent share of the global music market — second only to the United States — according to the International Federation of the Phonographic Industry. CD sales in South Korea, where high-speed broadband penetration encourages file sharing, are one-thirtieth of those in Japan.

In Japan, the arrival of a slew of K-pop artists, notably Girls' Generation, TVXQ, and Kara, has drawn unfavorable comparisons with domestic pop offerings.

The nine members of Girls' Generation are more overtly sexual and exude a maturity that contrasts with the cutesy image of their J-pop counterparts.

Compare, for example, the former's Mr Taxi with the saccharine sound of the Japanese girl band of the moment, AKB48.

The young women who make up the bulk of K-pop's Japanese fans say Korean performers embody qualities that seem to be missing in their Japanese counterparts.

"Japanese singers are more like the girl next door in the way they sing and dance, but Korean singers are better trained and more sophisticated."

Korean artists, she adds, appear less diffident than J-pop groups about their Asian identity. "J-pop female bands are cute, but in a very Japanese 'kawaii' way. K-pop singers have a more Asian feel to them. That appeals to me. And their fans here really appreciate their attempts to learn Japanese."

No one epitomizes those efforts better than BoA, who in 2002 became the first Korean act to break into Japan after Seoul lifted restrictions on barriers to cultural exports between the two former enemies.

She is the only foreign artist in Japan to have 2 million-selling albums, and only of only two female singers to have had six consecutive No. 1 albums in the definitive Oricon charts. "She's now considered a domestic artist in Japan," says McClure. "That's the ultimate in localization."

The Korean wave gathered momentum with the arrival of TVXQ, who have released five albums in Japanese. Their most recent, "Tone," sold more than 200,000 copies within the first week of its release.

As Rain begins his 21 months of national service, he can be reasonably assured that the K-pop wave will still be in motion by the time he returns to the stage.