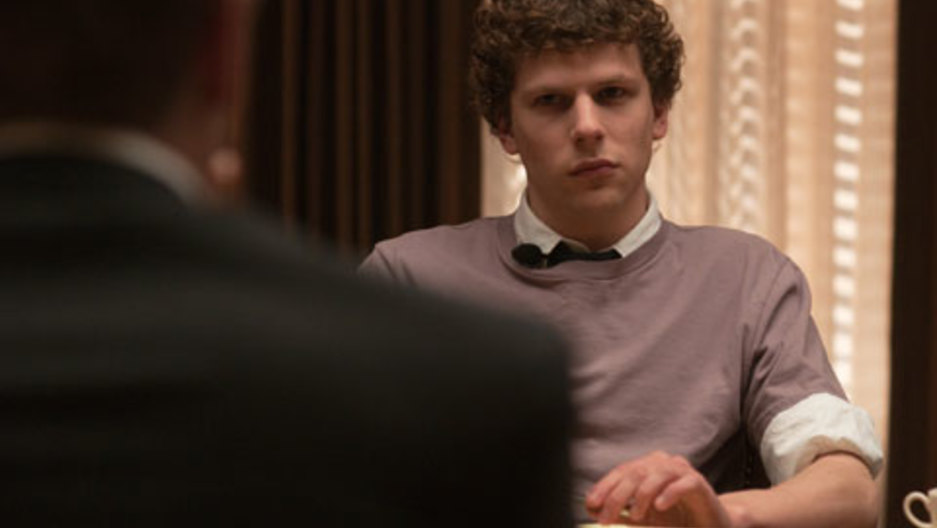 Jesse Eisenberg as Mark Zuckerberg in a scene from The Social Network movie. (Photo from the movie)

Story by The Takeaway. Listen to the above audio for a complete report.

Jesse Eisenberg made it big with his performance as Mark Zuckerberg in The Social Network.

Now, however, he's moved off the silver screen and into something a little bit less flashy. He's playing the role of Edgar in a new, off-Broadway play called "Asuncion."

The play explores what happens when a Filipina woman lives with two ultra-liberal young men.

Eisenberg, who wrote the play himself five years ago, said he was trying to create something that was similar to other types of plays he's performed in, but his own passions and humors and ideas infused throughout.

"It turned into...humor that might be similar to Woody Allen, and yet it's describing Fillipina mail-order brides, because that's two things I was reading about at the time," Eisenberg said.

Eisenberg said he wrote the character he performs with himself in mind, but he didn't make it a particularly easy role.

"What's most interesting for me to write about is what I think is under-developed in myself," Eisenberg said. "If something good can come out of it for myself, other than being employed for a few months, that's good."

In the play, Eisenberg cautions protesters everywhere to avoid rushing to judgments in what they're protesting. Somewhat ironically, the play is being performed a few blocks from the Occupy Wall Street protests.

The play is, actually, however, a comedy, Eisenberg said.