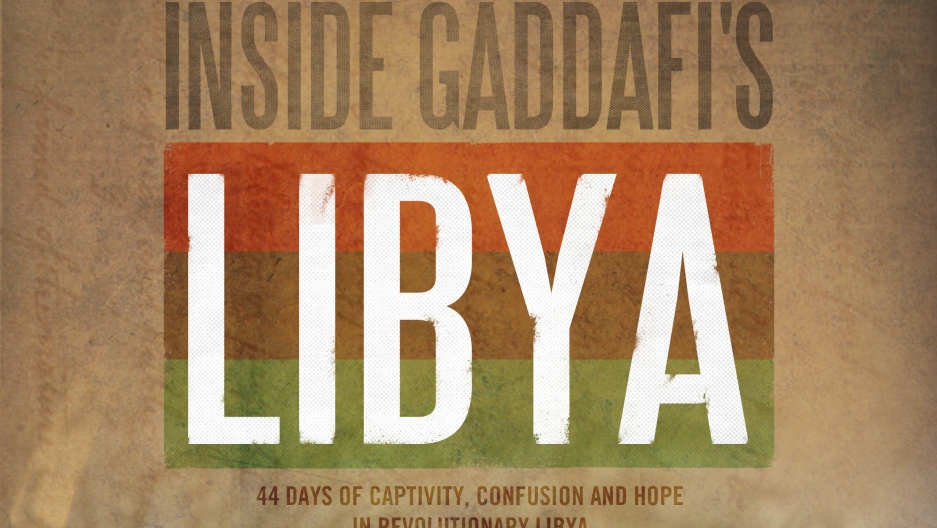 On April 5, 2011, James Foley, a GlobalPost correspondent in the rebel-held eastern section of Libya, was taken prisoner by Muammar Gaddafi’s forces and held for six weeks. This is the beginning of his story. For the full e-book, click here.

There is a single main highway along which lies every major city between the rebel stronghold of Benghazi in the east and the capital Tripoli in the west. It snakes along the coast and passes through Ajdabiya, Brega, Sirte and Misrata, cities made world famous by months of back and forth, and deadly, conflict.

The four of us were riding in the back of a blazing red minibus at the beginning of April, approaching the strategic oil town of Brega, where the worst fighting of the conflict had been taking place. Our driver was a teenage boy, like his friend in the passenger's seat. The so-called front in this war was always changing. But we had already passed the last rebel checkpoint and we knew whatever front existed was beginning to reveal itself.

Our goal was to learn, and then report, who was in control of Brega.

We were getting nervous. We knew the boys driving were scouting the road ahead, and maybe on their own initiative. Anton, the most experienced journalist in the group, mumbled something about it being risky. We could feel our guts begin to tighten. Manu and I looked at each other. But said nothing.

Two armed trucks raced toward us from behind, filling up our back window before soaring past. This was how the rebel convoys seemed to form, like schools of fish that hunted together, but have no clear leader or command structure.

Over a small hill we saw some men, boys really, standing around a sedan. We leaped out to do some interviews. Clare asked how far away Gaddafi's forces were. The boy said 300 meters. 300 meters? I looked at Clare. It seemed impossible. But as a precaution, we hustled off to the side of the road. A static mortar or a rocket position could have easily dialed in on us from that distance. The small convoy rolled ahead, leaving us behind in what we thought was relative safety.

We watched the rebels push forward. They weren’t 200 meters away, at the rise of the next hill, when they sped back around. We watched for a second as they beared back down on us, followed by a barrage of machine gun fire. The loudest I had ever heard. Our small group of journalists — Anton, Clare, my fellow American, and Manu, a Spanish photographer — took off running.

"We need to get to the vehicles,” Anton shouted. But the rebel trucks were retreating too fast and the ones in pursuit were firing wildly. There were two Gaddafi military pickups — tan with large machine guns mounted on the back. The trucks were overflowing with armed men.

With all the bullets flying, we pressed ourselves as close to the ground as possible. The rebels faded into the distance and the Gaddafi trucks slowed to a stop. The shooting continued. The roar of bullets overhead sounded like machines eating up metal. AK-47 rounds ripped past us from less than 50 meters.

I crawled back toward Clare and Manu, who were under several small trees. The shooting intensified. We tried to speak, to yell for each other. But the bullets tearing overhead deafened everything. In a corner of my mind I hoped that we were in a cross fire, that behind us the rebels were shooting back. I crawled forward toward a larger sand dune with my camera rolling. Anton crouched in front of me. The bullets streamed directly over my helmet and shoulders. This was no crossfire. They were shooting at us, and they were shooting to kill.

"Help, help," I heard Anton cry. His voice was weak. My mind tried to convince me of something I knew was not true. Maybe he had just fallen and twisted something. Another barrage of bullets passed over me. "Anton, are you ok?" I shouted between bursts of fire.

Click here to become a member and continue reading "Inside Gaddafi's Libya: 44 days of Captivity, Confusion and Hope in Revolutionary Libya," an e-book by GlobalPost correspondent James Foley.