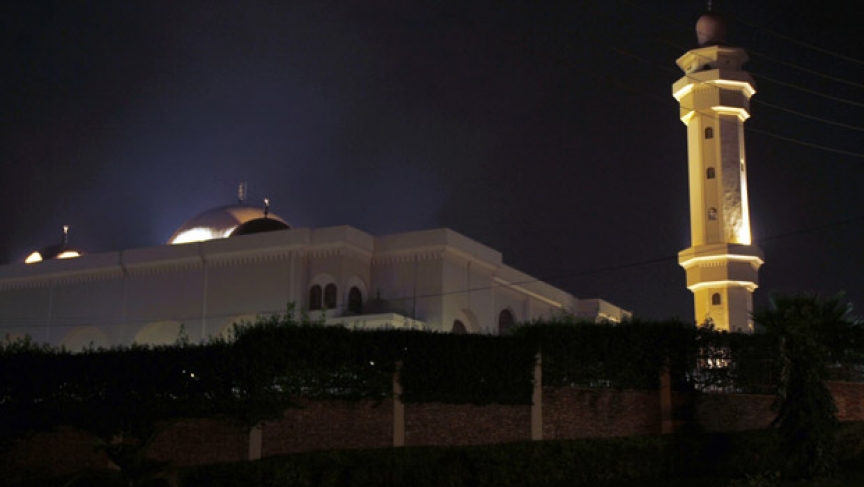 Share
There's a massive mosque looming over Kampala. It's the Moammar Gadaffi Mosque, and the former Libyan dictator donated huge sums of money to have it built. To get the mosque, you can drive down Gaddafi Road. Throughout the Ugandan capital, there are army barracks and auto repair shops named after the former dictator. While there seem to be few people in Libya today mourning the death of Gaddafi, there's no doubt he's remembered fondly in Uganda, especially among the country's Muslims, who make up about 12 percent of the population. Rashidah Namiyalo, who hosts a call-in show on a Muslim radio station in Kampala, said callers have been upset about Gaddafi's death. "People were crying," she said. "They feel bad when they heard, because they called him King of Kings, the man, the messiah. Kareem Abdul, a motorbike taxi driver, said he considers Gaddafi a hero. "This guy has been good guy," Abdul said. People here praise Gaddafi for his largesse. He poured billions of dollars into Uganda and other countries in sub-Saharan Africa. "For us, the Africans, we are the people who are benefiting from the resources of Gaddafi, his generosity and the way he has tried to unite Africa," said Kabiswa Edrisa, a Kampala university student. He said, in contrast, when Europe and America give foreign aid, people think they're mostly interested in Africa's resources. Some Ugandans are blaming the US for the way Gaddafi died, though he's believed to have been killed by Libyan government forces. "They are killing Muslims, they killed president Saddam and now they have killed Gaddafi," said Ashiraf Zziwa, a youth leader at the Kampala mosque. One of the few I spoke with Friday who found fault with Gaddafi was Salim Abdul. But he said the Libyan dictator should have been tried in an international court. He said that if Gaddafi were to have been found guilty, people would have accepted that. But the way he died, Abdul said, was "very degrading."