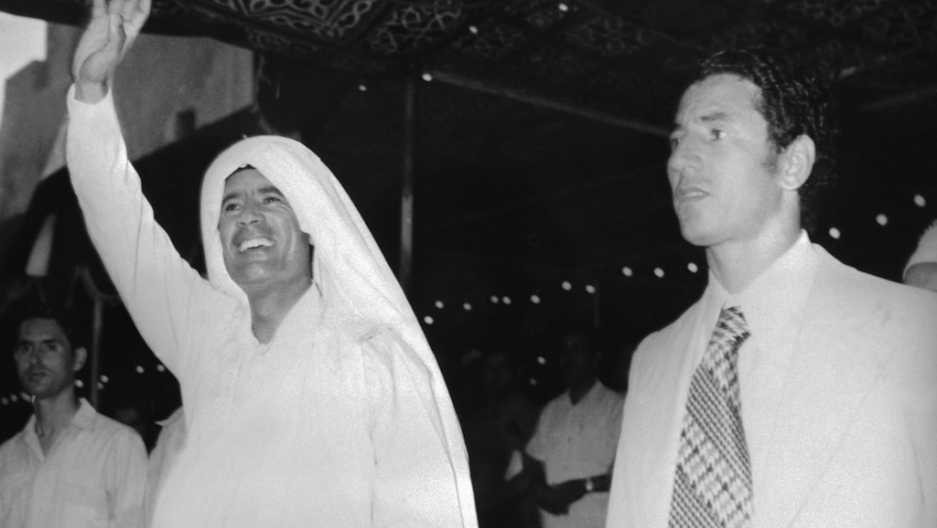 Modest beginnings in 1975, Gaddafi wears a simple white head scarf whilst waving to a crowd in Tripoli. All photos from AFP/Getty.
Credit: AFP Stringer
Share

Former Libyan leader Muammar Gaddafi was known for many things, including his often outrageous fashion. This photo gallery shows how Gaddafi's wardrobe changed during his 42 years in power. The former Libyan leader was known for his outlandish outfits in bright colors and accoutrements. But he didn't always wear eccentric clothing. Gaddafi began his career in the army and was usually seen wearing his military uniform.