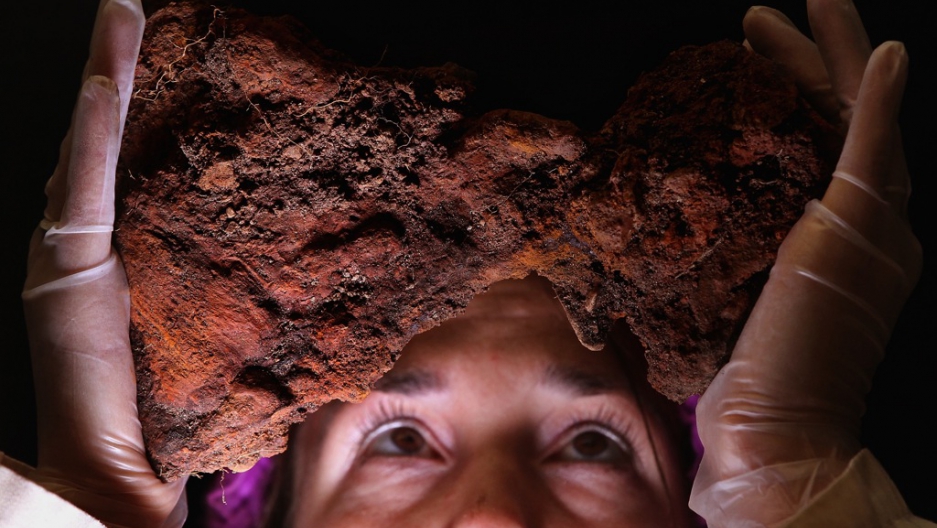 Archeologists made the find on the remote peninsula of Ardnamurchan in the north-west Scottish Highlands, reports the Guardian.

The team has dated the grave to the 10th century.

While the wooden boat itself has long since rotted away, its 5-meter-long, 1.5-meter-wide outline can still be seen in the soil.

Yet the remains of the Viking chief himself, as well as the treasure with which he was buried, have been classed by archeologists as "fully intact", according to the BBC.

The Ardnamuchan Viking was found alongside an axe, a knife, a decorated sword, a spear, shield, ring pin, what could be a bronze drinking horn, and pottery. Researchers are still identifying dozens of iron fragments also found at the site.

Hannah Cobb, an archeologist at Manchester University and co-director of the excavation, said:

"Such burials were reserved for high-status individuals. He may have been a chieftain, a famous navigator, or renowned for his wisdom, but this man was clearly special to his people."

The team plans to analyze radioactive isotopes in the teeth and fragments of arm bone they recovered to learn more about where the man was from.

The period from which the grave dates, around 1,000 AD, was the height of the "Second Viking Age" in Britain, says the Daily Mail.

Norse pirates from Denmark and Norway raided the British coast before heading further inland to set up permanent settlements.