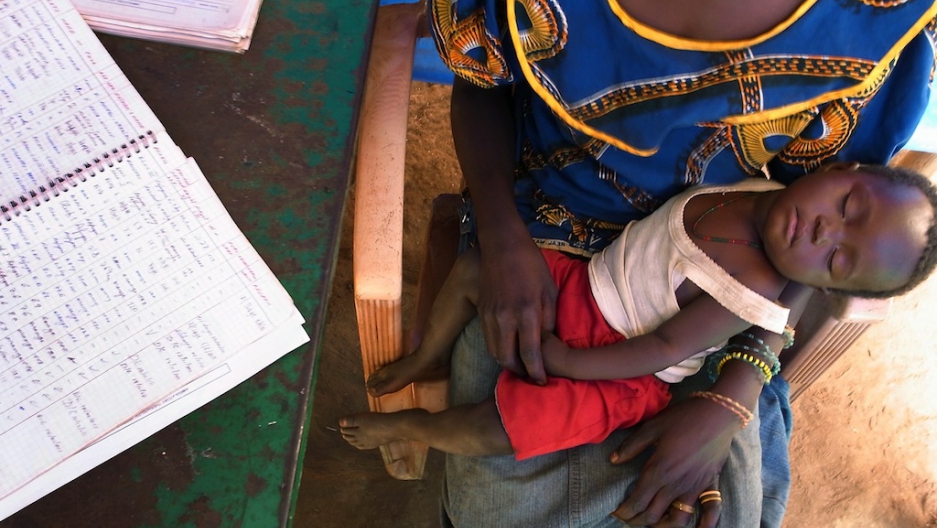 A new report by the World Health Organization announced that malaria deaths have decreased by more than 20 percent. In this photo a Congolese woman and her child — sick with malaria — speak with a doctor with Doctors Without Borders (Medecins Sans Frontieres) at a refugee camp in Makpandu, outside of the town of Yambio in South Sudan on Jan. 14, 2011.
Credit: Spencer Platt
Share

Malaria deaths worldwide have fallen more than 20 percent over the last decade, according to a new study from the World Health Organization.

If goals continue to be met, experts estimate that 3 million lives could be saved by 2015, and the disease could be wiped out in one-third of the 108 countries whose populations suffer most from the disease, the BBC reported.

Morocco, Turkmenistan and Armenia are three countries that have eradicated malaria since 2007.

Malaria is the third-deadliest disease in the world, behind AIDS and tuberculosis, according to BusinessWeek. About 780,000 deaths were caused by malaria in 2009, according to the WHO report. That’s a drop from the 985,000 total deaths in 2000, Voice of America reported.

The most significant decline occurred in Africa, where 85 percent of the deaths occurred and where nearly 20 percent of all childhood deaths in Africa are linked to malaria.

“Today’s tools” are responsible for the overall progress made, according to Robert Newman, director of the WHO’s Global Malaria Program.

"Better diagnostic testing and surveillance has provided a clearer picture of where we are on the ground,” said Newman, according to BBC, “and has shown that there are countries eliminating malaria in all endemic regions of the world."

More: US Government spending on malaria

The WHO report named disease prevention and control measures as important factors in the decline of the numbers.

Funding for combating the disease has also helped the fight. Donations from the Bill & Melinda Gates Foundation and the Global Fund to Fight AIDS, Tuberculosis and Malaria have boosted funding to $1.5 billion in the past five years. The two charities have helped to save an estimated 1.1 million people in Africa during the past 10 years, according to BusinessWeek.

But there were at least three countries that saw an increase in the number of fatalities — Rwanda, Sao Tome and Principe and Zambia.

The mosquito-borne disease continues to afflict India, as well.

Though malaria is preventable and can be cured if caught soon enough and treated, the number of deaths in India has increased by almost 1,000 since 2000, MSN reported.

"The increases in malaria cases highlight the fragility of malaria control and the need to maintain control programmes even if numbers of cases have been reduced substantially," the WHO report said.