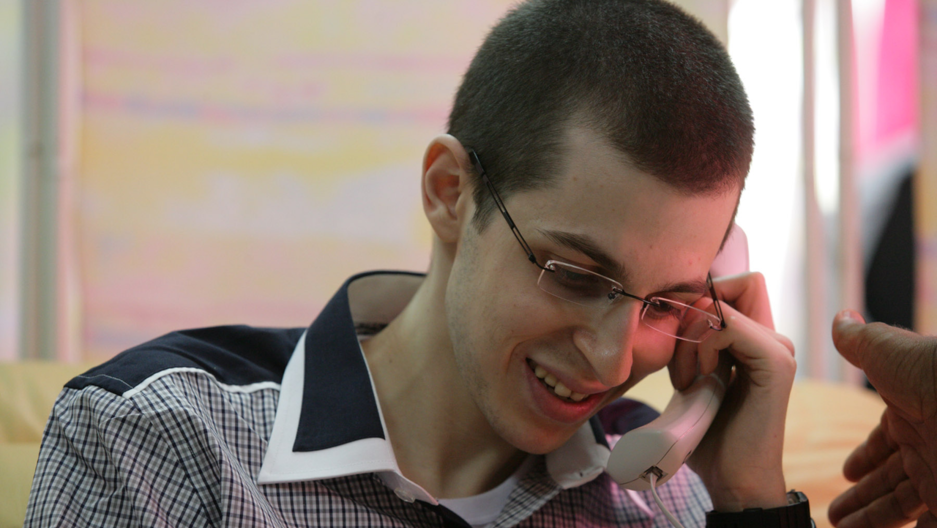 Gilad Shalit talk to his parents in the phone, in Amitai Air Base, near Kerem Shalom (Photo by Israeli Defense Forces via Wikimedia Commons, cc-by-sa)

It's been nearly five years since Gilad Shalit was last at home with his family. Until today.

While America was sleeping, Shalit was released by Hamas and allowed to return to Israel. That set in motion the framework of a trade that was worked out between the Israeli government and Hamas.

"On this day I miss my family a lot, and also I miss my friends," Shalit said this morning at a press conference.

Ethan Bronner, Jerusalem bureau chief for The New York Times, said while there had been protests this morning while Palestinians waited to greet family and friends who were being released from prisons in exchange for Shalit, things were mostly moving forward slowly. The prisoners have mostly all been released as well.

"Shalit looks thinner than one might have expected, but he seems healthy," Bronner said.