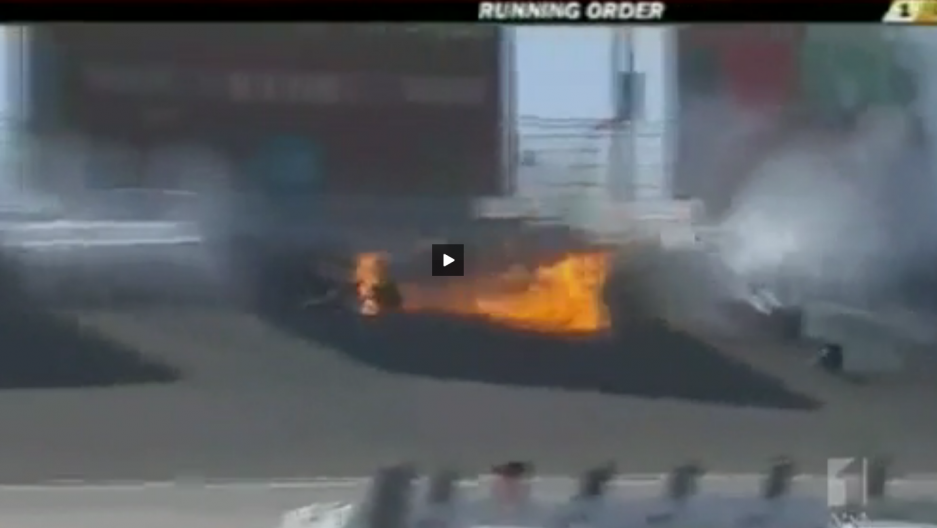 Dan Wheldon died after a tragic crash at the Indy 300 race in Las Vegas on Sunday. (Image from ABCau video)

One driver is dead and two others remain in the hospital after a fiery crash at the Indy 300 in Las Vegas.

Dan Wheldon, the 33-year-old British race car driver, was killed when a crash happened on turn two on Sunday — 12 laps into the last race of this year's Indy Car season.

At least 15 cars were involved in the collision. The race was stopped after the crash and did not resume.

Quinn Klinefelter, senior news editor at WDET in Detroit, knew Wheldon and described him as someone who was quite confident, but also had the ability to make people feel welcome.

"He was a very personable guy, the kind of smile that would light up a room," Klinefelter said.

Klinefelter said there was a big push to make this race something special. Indy Car racing peaked in poularity in the mid-90s and officials hoped that high speeds and lots of passing, such as was expected from this race, would get people excited about Indy Car racing once more. Klinefelter said competitiveness encouraged drivers to be agressive, even with the challenging conditins.

"If something happens in the middle of the pack, no normal human is going to have the reaction time to be able to stop," he said.

And, indeed, Wheldon did not. When the accident happened, Wheldon's car was propelled through the air and into the fence. He was flown by helicopter ambulance to a nearby hospital and his death was announced a couple hours later.

Ironically, Wheldon had been working on a new design for next year's Indy Car. It's expected to place an emphasis on safety.