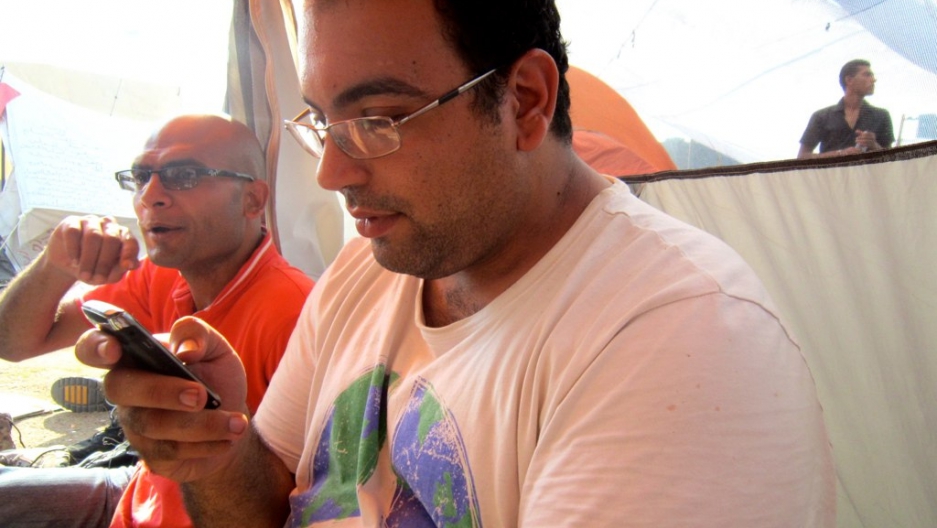 Mahmoud Salem, a loud, sarcastic character who self-identifies as a "new media douchebag," is best known by his Twitter handle: Sandmonkey.

On Monday he announced he's running for Egypt's parliament as an independent candidate. His mission: Finish the revolution he and other Egyptians started.

Candidate registration for the first parliamentary election in Egypt after the January uprising is now in full swing. The election is scheduled for Nov. 28.

The future Parliament will produce a Constituent Assembly to draft a new Constitution, and Salem says this is a main driver of his campaign.

"We need people in there to fight and make sure it doesn't become another piece of paper," he said.

Salem has used blog, "Rantings of a Sandmonkey," to advance concrete policy proposals, including his own draft for a Bill of Rights and a slew of ideas for the economy.

As might be expected from someone who spends a lot of his time blogging policy proposals and analysis, Salem's platform is clear.

He says he wants the government to actually work for the people, citing a long history of corruption. Furthermore, he's critical of the interim government's handling of the economy.

"Not a single economic plan has been put forward in nine months," Salem said.

The seat Salem is running for represents the Cairo neighborhood of Heliopolis, where liberal politician and analyst Amr Hamzawy is also running. But Salem thinks his toughest competition will be the former ruling party candidate Magdy Mahrous.

His strategy: Expose past corruption by the National Democratic Party and run an innovative campaign focusing on getting young people involved.

Gloomy outlooks by analysts including Salem's election rival Hamzawy predict that the future parliament might very well have a similar makeup to those under the Mubarak regime. But a handful of youth have announced their candidacy and Salem hopes more will follow his lead.