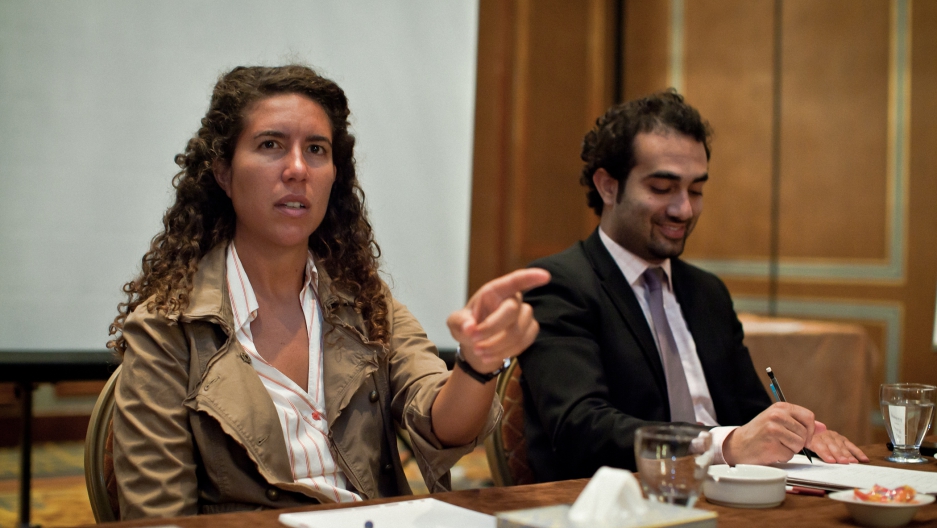 CAIRO — Is the United States facing a moment of atonement in Egypt?

For decades, American administrations sent money to Cairo and supported Hosni Mubarak’s regime. Now that the hard-liner is gone, says the political scientist Shadi Hamid, President Obama has a chance to show the Egyptian public that the United States is willing to make up for backing a repressive authority.

Obama, who spoke to Muslims around the world in a speech he gave in Cairo in 2009 entitled "A New Beginning," has said in much-publicized statements that Egypt’s destiny is up to Egyptians, not Americans.

“But here’s the thing,” Hamid, an American-Egyptian born in Pennsylvania, said Saturday. “Speaking as an American ... it is partly about us.”

“I think there’s a special responsibility for the U.S. to undo the wrongs and to atone for our sins, if you will,” he told GlobalPost / Open Hands Initiative "Covering a Revolution" fellows in a morning discussion, drawing a comparison with France’s work in Libya.

There’s a precarious balance to be held.

American lawmakers talk of withholding aid to Egypt if the Muslim Brotherhood, an influential bloc feared in the West because of its Islamist roots, makes big gains in the upcoming parliamentary elections. At the same time, the United States could appear hypocritical by pushing for democracy while alienating a major (and popular) group that wants to be democratic.

“If they want to do things that we think are really bad, then that’s sort of what democracy’s all about,” said Hamid, who is the research director at the Brookings Doha Center. Egyptian popular opinon about the U.S. is very low, with just 20 percent holding a favorable view.

Hamid criticized Obama’s approach in the Middle East a few times, arguing that any attempt to make aid contingent on Egypt’s military conceding power to civilians would be a bluff easily called by the rulers — because Arab leaders don’t believe that Obama will follow up on his claims.

After the Q&A, Hamid admitted to me that he’s “anti-Obama,” despite being a Democrat in the United States. He even expressed a tinge of longing for the cowboy diplomacy that was the nature of George W. Bush’s presidency.

In other words, a country that thinks the Americans might invade it if it leans away from the United States is more likely to be a good listener.

“I’m not a big fan of fear-inspired foreign policy,” Hamid said, “but sometimes you need a little bit of fear.”