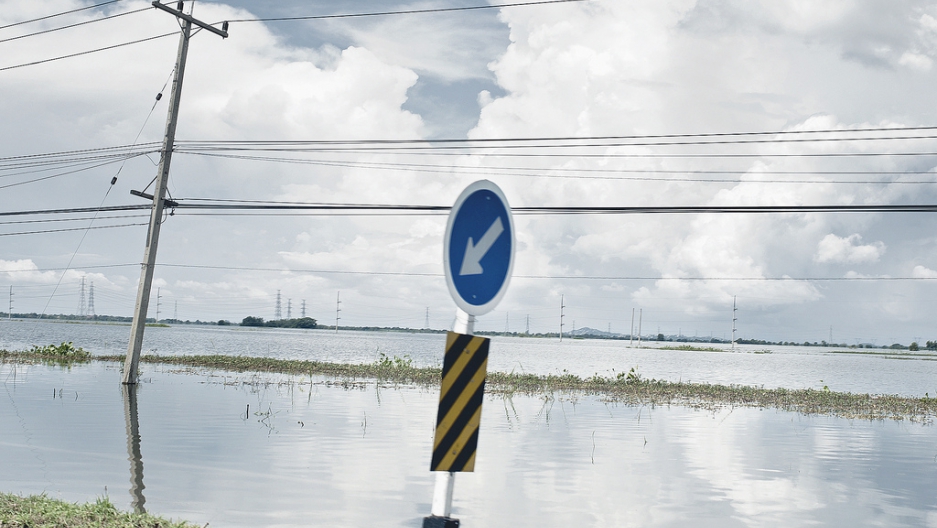 The Thai countryside is innundated with floodwater in this photo from earlier this month. (Photo by Flickr user withit, cc-by-sa)

The most severe monsoon in years has left many parts of Thailand underwater and has residents on edge for when the water may hit their community.

Already 300 people have died and so far the water has remained outside the heavily populated city of Bangkok. More than $3.2 billion in damage has been reported already and more rain is forecast in the coming days. That's left Bangkok residents struggling to reinforce their flood barriers while there is still time.

The Thai prime minister, though, is confident that the worst of the flooding will spare the metropolitan area of more than $7 million.

Meanwhile, north of the city, shops and houses are innundated with water.

"The water level is higher, higher every day," one police officer said while standing in the midst of a flooded neighborhood. "Farther down, most of the houses are only one level, so the people have no place to go."

Boats, many of them piloted by the Army, have become the only way to get from point A to point B. Even still, many people are reluctant to leave their homes, fearing what they may come back to.