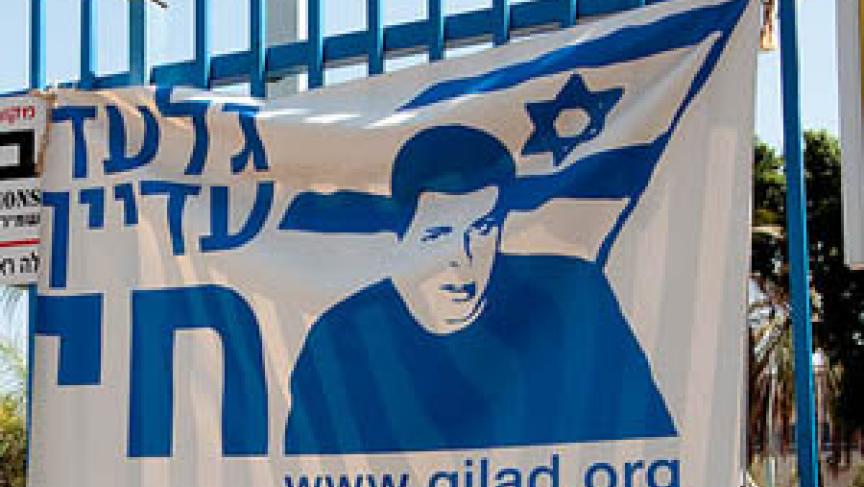 Share
Israel will release more than a thousand Palestinian prisoners as part of the deal to free their captured soldier Gilad Shalit. The deal reportedly includes numerous prisoners convicted of murder. Israelis have mixed feelings about the agreement. A senior Hamas source confirmed Friday that kidnapped Israeli soldier Gilad Shalit has been told of his imminent release. Shalit has been held capitive by Hamas for more than five years but a deal announced this week is supposed to lead to his freedom soon. That's sparked celebrations in Israel but some Israelis are questioning the deal between Hamas and the Israeli government. They said releasing hundreds of Palestinian prisoners accused of violent crimes is dangerous. An Israeli group representing victims of Palestinian attacks petitioned a court on Friday to delay the impending deal. Few in Israel can forget the suicide bombings of the second Intifada. One of the most memorable, and horrific, was the attack on the Sbarro Pizzeria in central Jerusalem in the summer of 2001. 15 people were killed. There's word that the Palestinian man responsible for that bombing will be released as part of this prisoner swap deal. The men behind other attacks will also walk free, including the perpetrator of a bus bombing in Tel Aviv that left 16 dead, including an American. The families of many of the Israeli victims of these attacks have spoken out against this agreement. They sympathize, they said, with the family of Gilad Shalit, but they also said they cannot accept that those who have killed their loved ones will walk free. Uzi Landau is one of just three of the Israeli cabinet ministers who didn't back the prisoner swap. "I think that voting for such an agreement would be a tremendous encouragement for future terror," Landau said. "In the Middle East it will be perceived as a move that simply says terror pays off." In another protest against the prisoner swap, an Israeli man was arrested early this morning after a memorial to former prime minister Yitzhak Rabin was vandalized. The suspect's parents and three of his siblings were killed in a Palestinian suicide bombing. There is clearly concern about releasing prisoners, especially those "with blood on their hands," as the saying here goes. That's why, according to Israel's chief rabbi Yona Metzger, many have struggled with this deal. "This is very, very difficult for us. But for us one soul of one soldier is so important that even this, we have to pay so many," Metzger explained. "You can understand the difference between us and our neighbors, our enemies. This is our specialty of our heart. Of the Jewish heart. And the responsibility we take for every soldier." There are more details today about the 1,027 prisoners who will be set free. Two hundred eighty of them are serving life sentences, including men who have killed and abducted Israeli soldiers. Some of those released will be allowed to return home to their families in the West Bank. A few dozen will be sent abroad, perhaps to Turkey and Jordan. Others will be deported to Gaza. At Friday prayers, the leader of the militant group Hamas in Gaza told worshipers that Palestinians have paid "a great price" to see the prisoners freed. "Today we reap the benefits of our resistance, of our perseverance," said Ismail Haniyeh. "We have paid a high price in martyrs and we have sacrificed much as our enemy has worked to save Shalit," he said. In Gaza and the West Bank families are preparing to welcome their loved ones home. Samira Imshedi's husband has been in an Israeli jail for more than 30 years, convicted of killing a senior Israeli soldier. "I say thank you to those who kidnapped Gilad Shalit," she said. "They need to keep kidnapping Israeli soldiers until all our Palestinian prisoners are free." In Israel, where most 18-year-olds are conscripted into the Army, there is much sympathy for what Shalit's family has gone through. And soldiers such as Jay Goldberg said the possibility of being abducted is a constant worry. That's why he thinks this lopsided prisoner swap is fair. "To see that the country and the people would go so far as to return one of their soldiers is just amazing and baffling and gives me even more inspiration to work harder." Goldberg said he and his comrades cannot wait until Tuesday. A party is being planned on their military base to mark the day Gilad Shalit is expected to come home to Israel.