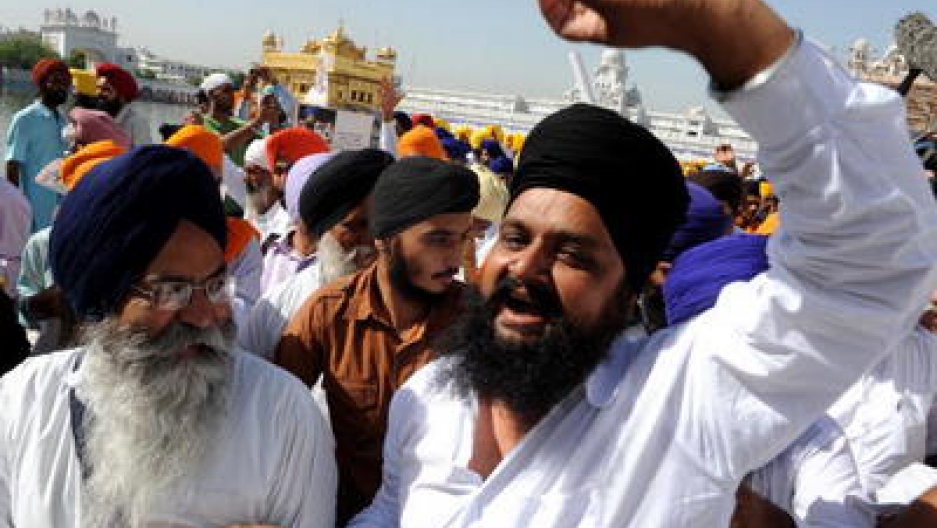 Activists from radical Sikh organisations shout slogans in support of Sikh leader Sant Jarnail Singh Bhindranwale and Khalistan, the name for an envisioned independent Sikh state, after prayers at Sri Akal Takht at the Golden Temple in Amritsar on June 6, 2010. "Ghallughara Diwas" is the anniversary of the deadly 1984 Indian army "Operation Bluestar" assault on the Golden Temple complex to arrest Sant Jarnail Singh Bhindranwale, a Sikh leader and his militant followers who had initiated a movement for a separate Sikh state.
Share

Indian police foiled a possible terrorist attack Thursday, seizing around 11 pounds of explosives from a car parked outside a railway station in Ambala, Haryana, the BBC reports.

Police said the explosives were intended for use in a terrorist attack in New Delhi during the upcoming Diwali celebrations, Hinduism's most important festival, when large crowds gather in shopping areas and other public spaces.

Police said the plot was a joint operation involving Pakistan-based militant group Lashkar-e-Taiba -- an Islamist outfit which focuses mainly on the dispute over Kashmir -- and the Indian Babbar Khalsa International -- a Punjab-based Sikh terrorist organization fighting for a separate country, the BBC said.