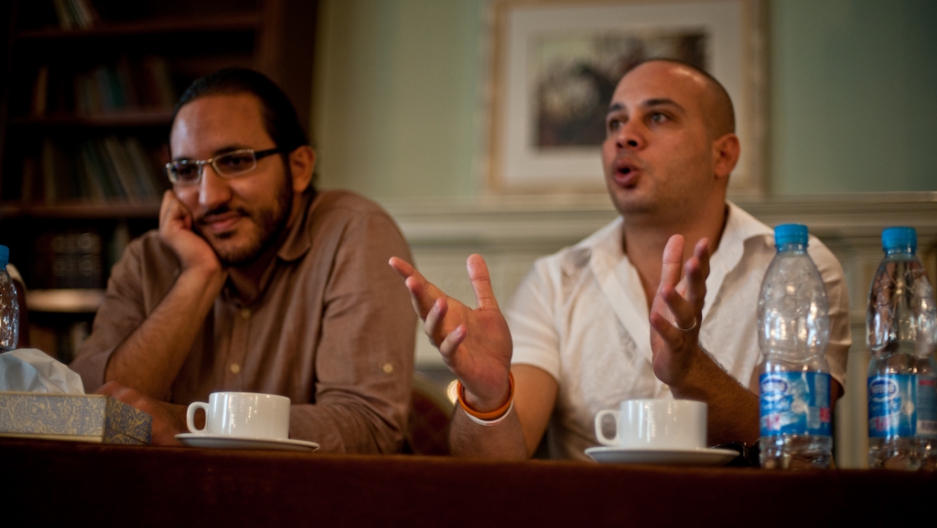 Ahmed Maher, the 30-year-old civil engineer who brought the hordes of people to Tahrir Square in January for a legendary protest that ended in Hosni Mubarak’s ouster, is no politician.

At least, not yet.

Normally quiet and reserved, Maher spoke to the Open Hands Initiative / GlobalPost reporting fellows as part of a panel discussion on Thursday and took a few questions. When I asked the social media activist if he would ever consider running for office, he said he doesn’t think about it and that he’s more interested in organizing people for his cause.

"I’m definitely not thinking about running for president now, maybe after 70 or 80 years," Maher joked through a translator. "Our main goal is to institute change. So, basically, we want Egypt to be a progressive country, to have democracy, but basically doing anything that is political office, he’s not considering that. His main goal is change. To have genuine change is going to take such a long time. Mubarak leaving was sort of one step but genuine change will take such a long time.”

The issue of Maher as a candidate actually came up when I landed in Cairo; a guide named Mahmoud took me through customs and eventually to a van that I rode to our hotel. The ride was about 45 minutes, and we spent most of it talking about what’s in store for Egypt. We passed by Mubarak’s old palace, and our conversation turned to politics.

I asked Mahmoud which of the many candidates for president he liked, and instead he mentioned Cairo’s Facebook folk hero. It might be hard to believe that the activist who more or less claimed the mantle of Egypt’s revolution hasn’t thought about vaulting his success and popularity into the political arena.

But earlier in the discussion, Maher told us that he was committed to fighting for real change the way he has been doing it for years, by organizing people.

He said, “I like to talk to people in the streets.”