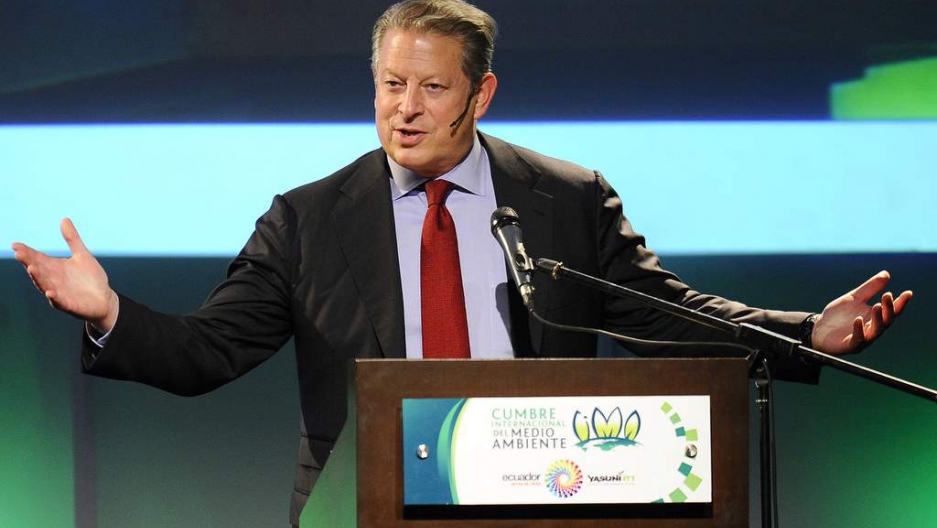 Former Vice President Al Gore on Wednesday offered his support for the Occupy Wall Street protests taking place in New York City and around the country. In a blog post, Gore wrote that he has been following news of the protests for several weeks "with both interest and admiration."

"From the economy to the climate crisis our leaders have pursued solutions that are not solving our problems, instead they propose policies that accomplish little," Gore wrote. "With democracy in crisis a true grassroots movement pointing out the flaws in our system is the first step in the right direction. Count me among those supporting and cheering on the Occupy Wall Street movement."

Gore said he agreed with a recent New York Times editorial that said "On one level, the protesters, most of them young, are giving voice to a generation of lost opportunity."

Since starting out in lower Manhattan several weeks ago, the Occupy Wall Street protests have spread to a number of other cities in the United States. On the occupywallst.org website, the group describes itself as a "leaderless resistance movement with people of many colors, genders and political persuasions. The one thing we all have in common is that We Are The 99% that will no longer tolerate the greed and corruption of the 1%."

Earlier this week, the board of directors of Ben & Jerry’s, the Vermont-based ice cream company, became the first corporation to back the protesters.