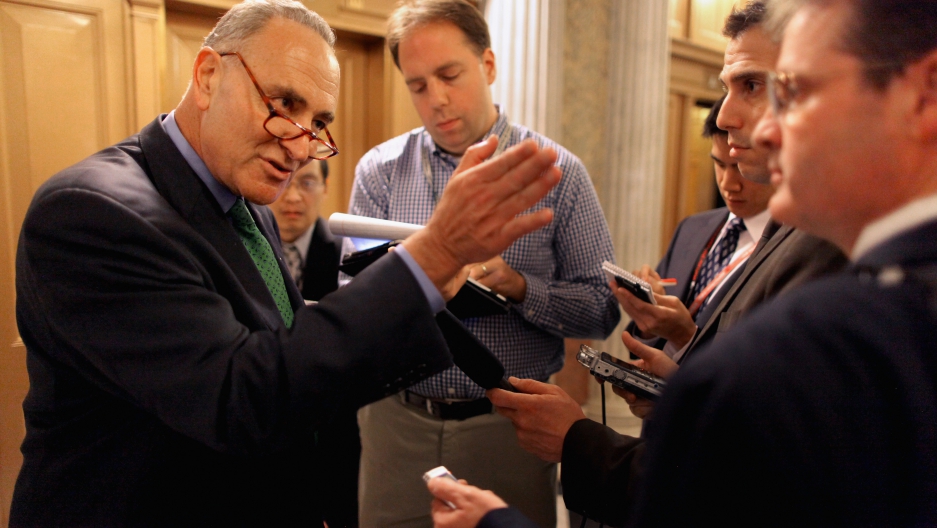 President Barack Obama’s $447 billion jobs bill is not dead yet, though it may undergo extensive surgery, the White House and its supporters said one day after the Senate voted to block it.

On Tuesday night, all Republicans and two Democrats voted to block debate on Obama’s plan, designed to create millions of new jobs through government work programs and tax breaks for businesses, Politico reports.

"Now a lot of folks in Washington and the media will look at last night's vote and say, `Well, that's it. Let's move on to the next fight,’ “ Obama said at a Latino Heritage forum in Washington, D.C., on Wednesday, The Associated Press reports. “But I've got news for them: Not this time. Not with so many Americans out of work. Not with so many folks in your communities hurting. We will not take no for an answer."

Senate Majority Leader Harry Reid said Wednesday he plans to break up the bill and attempt to pass individual elements – which have won bipartisan support in the past – over the next few weeks, CBS News reports.

Democrats plan to use the Republican rejection of Obama’s jobs plan to paint the GOP as out of touch with a struggling population.

"With the economy at a crossroads, the GOP's current political strategy – block anything that could improve the economy, lest it boost the President's standing – has the potential to backfire," Sen. Charles Schumer, head of the Senate Democratic Policy Committee wrote in a memo circulated today, CBS News reports. "If Republicans continue opposing job-creating measures, they risk being blamed for whatever economic reality the country confronts in 2012. But Democrats must make this case. In the coming weeks, we will."

According to CBS News, 12 percent of Americans polled by CBS earlier in October said Obama was to blame for the state of the economy and 15 percent blamed Congress.