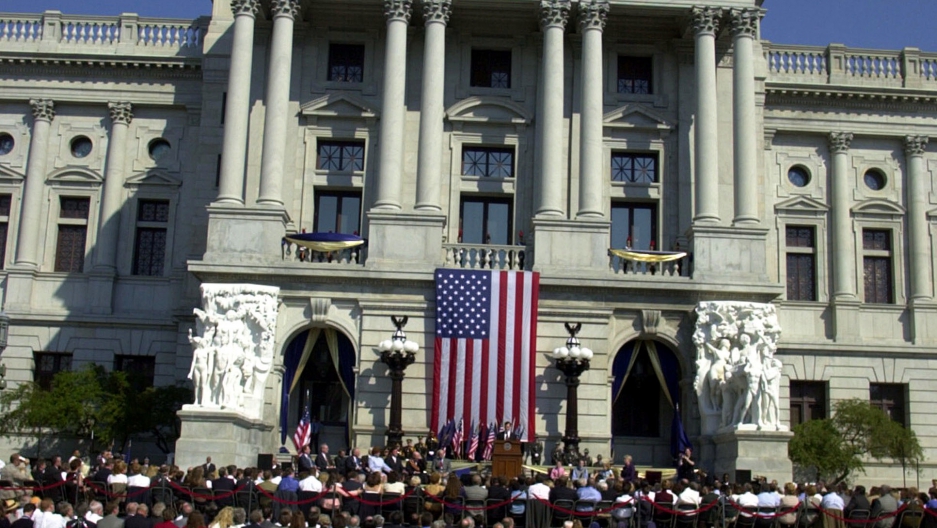 Harrisburg, Pa., voted to file for Chapter 9 bankruptcy on Tuesday night. The straw that broke the camel's back: Pennsylvania’s capital city cannot afford payments on a trash incinerator it owns.

“The city meets the ‘generally not paying’ definition of insolvency, because it has repeatedly failed to pay the guaranteed incinerator bond debt as it has become due,” states the petition filed in the U.S. Middle District bankruptcy court on Wednesday, according to Bloomberg News. “Under the guarantees the city would need to cover a combined $83 million of past due payments and the 2011 debt service.”

Harrisburg is facing $458 million in creditors and claims related to the incinerator, The Associated Press reports.

"The city does not have the ability to pay those money judgments or any significant portion thereof and still provide health and safety services to its citizens and other essential government services," attorney Mark D. Schwartz wrote in the bankruptcy filing, according to the AP.

It’s the ninth bankruptcy filing this year by a municipal-bond issuer, and the first by a U.S. state capital since 1980 when the municipal bankruptcy laws were overhauled, said James Spiotto, a partner at Chapman & Cutler in Chicago who tracks such cases.

The city council voted 4-3 to file for bankruptcy although the city attorney advised against it, arguing that the panel did not follow proper procedure, Bloomberg News reports. Harrisburg faces a possible state takeover of its finances, CNN Money reports.

According to CNN Money:

A year ago the Pennsylvania state government gave the city $4.3 million to help stave off a bankruptcy threat at that time. The state and Harrisburg Mayor Linda Thompson had both presented plans to address the city's budget crisis, only to have the city council vote down both plans.

The court and state will likely contest the filing, ABC News reports.

State senator Jeff Piccola, R-Dauphin, told the AP that state law prohibits third-class cities like Harrisburg from filing for bankruptcy. "Rather than wasting precious time on illegal filings and engaging expensive attorneys, the majority of City Council should be about working with the Mayor and the Commonwealth to resolve this crisis,” he said.