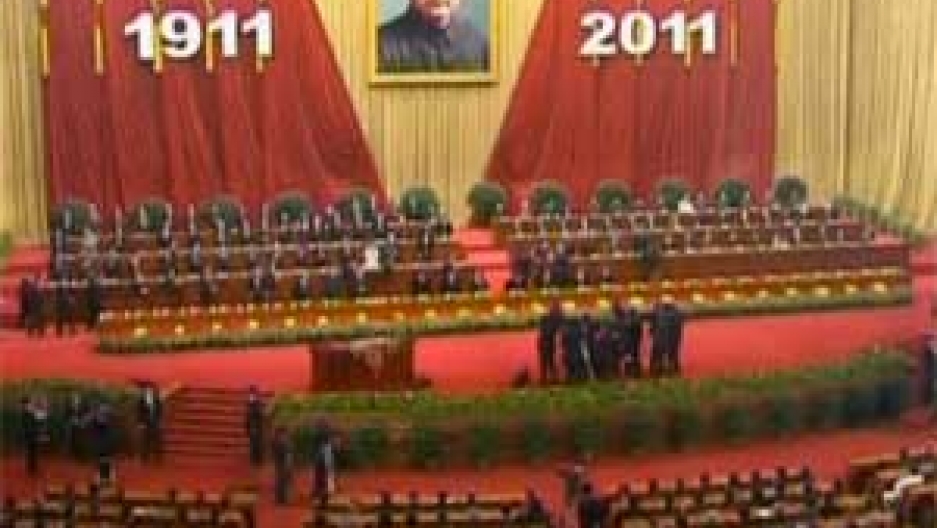 President Hu Jintao calls for closer ties with Taiwan as China celebrates the 100th anniversary of the end of imperial rule (Photo: Reuters)

Share
Monday marks the 100th anniversary of a revolution. It ended the Qing Dynasty and two thousand years of Imperial China's rule. Fireworks and celebrations took place in the evening. Especially on the island we're looking for in today's Geo Quiz. The island is about the size of Maryland and Delaware combined. Mainland China, or the People's Republic of China, officially considers this island a province, not an independent state. Some two dozen other countries recognize it as a sovereign nation. In fact this island maintains its own military, issues its own passports and fields its own Olympic team. So name this independent-minded island that the United States and most other nations don't recognize as independent, but as part of "one China". The answer is Taiwan. Despite having its own military, Olympic teams and president, Taiwan officially speaking, remains part of China. Beijing claims Taiwan as its own province, and the international community has chosen not to contradict China on the matter. In 1911 there was armed uprising that led to the end of the Qing Dynasty and to the demise of Imperial China. Taiwan's president called on China's leaders to "move bravely" toward democracy and freedom and to "face up" to what he called the existence of Taiwan. Taiwan today is considered an Asian Tiger, one of the most important economies in Asia.