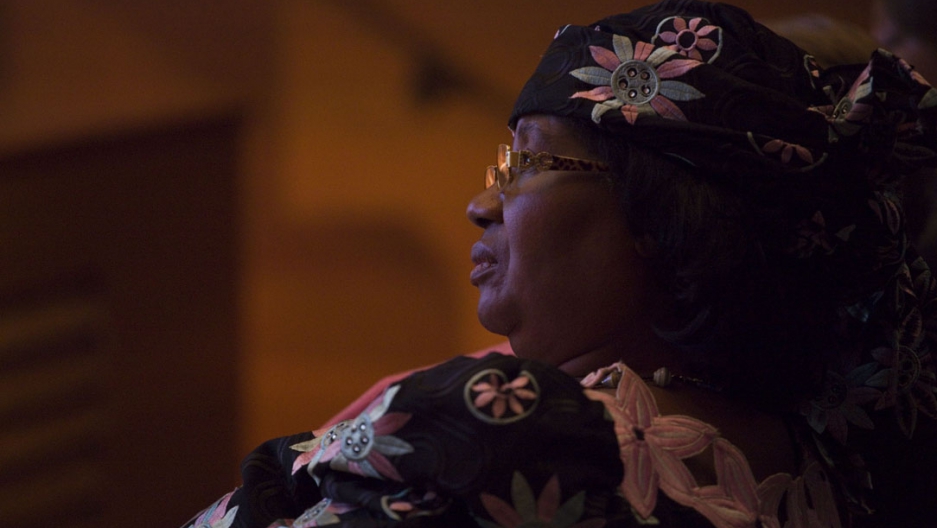 At the end of October, the world's population will cross the 7 billion mark and continue to climb. Over five weeks, Global Pulse interviews several world leaders about how to slow this explosive growth.

Joyce Banda has served as vice president of Malawi since May 2009. The country's first female vice president, she previously served as Minister of Foreign Affairs and Minister for Gender, Children's Affairs and Community Services. Before entering politics, Vice President Banda was a grassroots gender rights activist. She is currently a member of the Aspen Global Health and Development’s Global Leaders Council for Reproductive Health. Banda spoke to writer John Donnelly about how a relationship with a friend during her childhood propelled her to work for women’s rights.

What is your motivation in getting involved in reproductive health rights for women?

There are many things. It started when I was young, and it is related to poverty, education, and women’s rights overall. I was privileged because my father was a policeman and we lived in town. Many people in Malawi are from typical villages. My grandmother insisted I should be in both worlds, and so I needed to be acquainted with village life. Every Friday, she would send me home to our ancestral village, and my very good friend Chrissy would meet me by the road. She wanted to hear about town life, and I wanted to hear about village live. She would show me how to pick wild foods. Anything rural, she would teach me.

She was brighter than me in school. At the end of primary school, I went to secondary school. I paid $12 a term to go to school. She went one term and couldn’t go again. Her family couldn’t afford it. I went on to go to college and I became the vice president of Malawi. She is still where she was 30 years ago. She has had many children. The vicious cycle of poverty kept her there and took away her options. I made my mind at that point. I was so angry she couldn’t go to school because she was poor. Whatever would happen in my life, I would try to send girls to schools.

At age 21, I got married and I ended up in an abusive marriage, and I got out of it in 10 years. I walked out with my three children, and I got divorced.

I’m assuming that was unusual at the time in Malawi. What propelled you to walk out?

Yes. We are programmed to put up with any part of abuse. It is part of our destiny. I don’t know why I walked out. It must be the way I was bought up. My father made sure I was treated equally with my brothers. I also realize it was because of my economic status. I was never going to become vulnerable. I started a business. I married again, this time to a fine husband. After I started my business, I started sending many girls to school.

Malawi has one of Africa’s highest maternal mortality rates. How are you trying to make childbirth safer for women?

I know this well because I also experienced a very dangerous situation. When I gave birth to my fourth child, I suffered from post partum hemorrhaging. I almost lost my life. I was lucky to be under the care of trained health care personnel. I started wondering then what was happening to women in rural villages.

Part of the answer to this problem is to empower women. In 1989, I started the National Association of Business Women. We incorporated microfinance and different job training for women. We did a survey, with USAID, that found women lacked training, credit and information. That organization grew to 50,000 women. I made up my mind use that platform to provide family planning opportunities and to teach them about their reproductive health rights.

Overall, I have formed three major organizations: the National Association of Business Women, the Young Womens Leaders Network, and the Joyce Banda Foundation. Under the foundation, we have a huge program that targets women to teach them about HIV and other diseases and to give them economic empowerment. We now have a youth movement for development of 300,000. I have opened three schools. We know that early marriage, early pregnancy, and early death of young women in childbirth are connected to how long they stay in school.

When leaders from the United States and Europe work in Africa to try to reduce maternal mortality, what do they need to know?

They need to find out who are the local leaders. In Malawi and other countries, that means talking with the local chiefs. They are the custodians of our culture and tradition. If you don’t include those chiefs, if you don’t integrate them, you can’t win in the area of maternal health. The chief has to deliver the messages to everyone in this village. If the chief tells them to go to the clinic for checkups during pregnancy and for trained health personnel to deliver babies, everyone will go to the clinic.