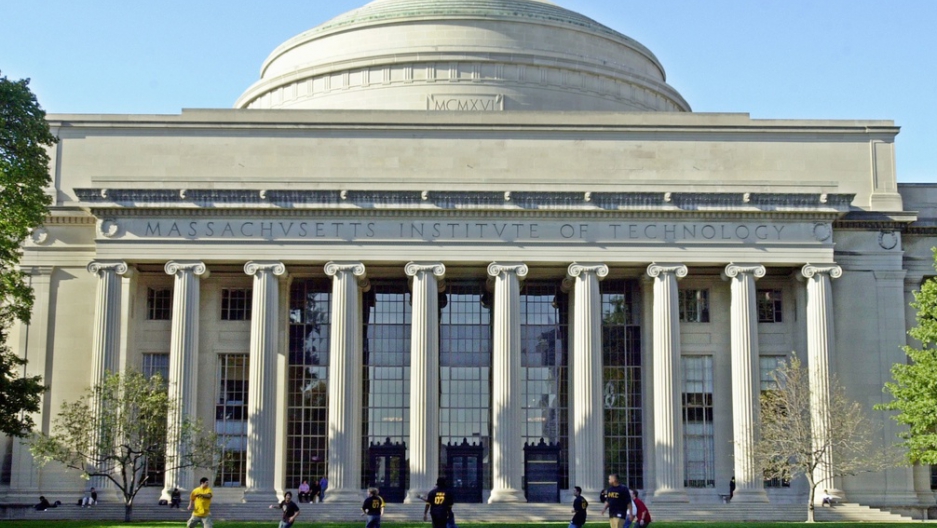 The Massachusetts Institute of Technology in Boston, home to a drone-design lab.
Credit: William B. Plowman
Share

BOSTON — The first problem with drones is that we call them drones, said Adam Woodworth, an aircraft designer in Cambridge, Mass.

The word “drone” conjures up images from “Terminator,” of robot automatons who turn on their human counterparts and kill them. Drones are to be feared. They suggest the apocalypse. We hear “Drone Wars,” and we think “Clone Wars.”

Woodworth and his colleagues at Aurora Flight Sciences would like to see the label “drone” replaced with the more technical, less provocative, “unmanned aerial vehicle,” or UAV.

That is, after all, what they are. Things that fly around without a human pilot on board. Most UAVs are used for data collection and reconnaissance missions. Soldiers use them to scout for possible snipers around the corner without ever having to round the bend. That’s the main benefit of a drone: you can put it where you wouldn’t want to put a person.

Of course, there are also attack drones. The U.S. military has launched hundreds of drone strikes against suspected militant targets in Pakistan in recent years, killing thousands. And that’s just one of several countries where the United States has turned to drones as its weapon of choice. Although using drones reduces the risk on U.S. soldiers, concerns have increased that their existence allows for more widespread, covert and unaccountable, military operations.

But Woodworth says that UAVs get a bad rap between scare-mongering media reports of covert attacks in Paksitan’s tribal regions, and misguided regulations that stifle economic development, without actually deterring the threat posed by foreign militants and terrorists on U.S. interests.

“Someone with a really big camera lens positioned correctly can usually capture the same image [as a UAV],” he said, meaning that while UAVs may make certain surveillance far easier, they don't create the intention to spy in the first place.

People just don’t understand, Woodworth says. Coming from a 26-year-old, with his shaggy head of brown curls and Atari T-shirt, it’s something that rings true. It is also a common refrain among designers and developers who help make UAVs a reality on the ground and, as it were, in the air.

Both Woodworth and Missy Cummings at MIT's Human Automation Lab said that the public has failed to grasp the full picture of drones. A fear of technology, they say, gets in the way of people reaping the full benefits of UAVs, while also rendering them more vulnerable to the ways in which they can be used for ill.

“There is very little understanding of the human side of this technology," Woodworth said.

"There is very little understanding of how manned or unmanned these things are. They really aren’t that different from the automated shuttle at Dulles airport that takes you from the terminal to baggage claim."

For navigation, there absolutely still needs to be a human in the loop, he said.

That human, of course, can be sitting in Nevada, while the plane is in the Middle East. He can see what the plane sees through a computer screen. Think of it as an advanced video game. Woodworth does.

Every six months or so, he's been known to play video games for a few days straight. But it's only a brief respite from what he calls his “obsession” with building airplanes and then bettering the ones he's already built.

Woodworth’s grandfather flew B25s in China with the Army, and Woodworth himself dreamed about being a fighter pilot growing up in Plymouth, Mass., before he blew out his knee playing high school sports. Studying how to design-airplanes at MIT was the next best thing, allowing him to play an active role behind the scenes.

Mark Litke, who does sales for Aurora, was quick to say that he also came from a military family. He has his pilot’s license, but lacks the perfect color vision demanded of Air Force One.

“We grew up with ‘Top Gun.’ We probably know every word,” Litke said.

Woodworth's biggest achievement at Aurora to date is Skate, a 2-foot-by-2-foot square piece of foam that comes equipped with a camera and can stay aloft for 45 minutes. It took his team of developers a year-and-a-half to develop Skate, which sets out to address many of the gripes soldiers had with drones already in existence.

Related: China has drones too

The Raven, for instance, which is used by the thousands in the U.S. military, demands that someone go into the middle of an open field (exposing their “squishy bits,” as Woodworth calls them) and aggressively throwing it into the air, much like a javelin. Soldiers wanted something that was easier to launch, specifically something that could be launched behind protection.

Skate can do that. It has the vertical takeoff and landing down pat. It can also come apart and fold up into a compact, foam block that weighs about 2 pounds and fits in easily with the rest of a soldier’s gear.

There are 30 Skates in preproduction right now, and Woodworth’s hope is that they will one day be mass-produced and used by policemen and firefighters, as well as the military and anyone else who needs them.

Aurora does not have any active plans to create attack drones, according to Woodworth, though he said he couldn’t rule it out in the future.

“It’s a field largely driven by demand,” he said.

The next step for Skate is to make it do more things more autonomously. In other words, to make it even more unmanned. Instead of being told to take a sweep of a certain area, a future Skate may be able to fly down a city street by itself, looking for a specific target.

“I’m a tool provider, I give people the option,” Woodworth said. “When you look at it that way, it’s really more empowering than scary.”

If Woodworth provides the tool, then Missy Cummings can show you how to use it.

Cummings, an MIT professor of aeronautics and astronautics (actually, Woodworth’s professor once upon a time), is head of the Humans Automation Lab there. A former fighter pilot who spent 11 years in the Navy, 44-year-old Cummings now spends most of her days with students, developing the software that helps people operate UAVs with ease.

Her lab’s claim to fame (it even got her on the Colbert Report recently) is an iPad app that, with funding from Boeing, allows anyone with a few minutes of training to fly a small surveillance UAV from anywhere that has an internet connection.

In her lab the day of our interview, her students were fixing the one that Stephen Colbert flew into the wall repeatedly on his show. It's an Ascending Technology Hummingbird that is roughly the size of a pizza pan. It comes with a camera and four propellers. In action, it looks a bit like an over-stimulated pinwheel.

“That’s the big coup,” said Cummings, who sports tidy blond bangs and diamond earrings, in her MIT office. “Anybody can be a pilot. It used to be that this technology was reserved for an elite few. Now it’s in the hands of everyday people.”

Of course, all that access isn’t purely a good thing, as Cummings will be the first to admit.

With the good comes the bad, and Cummings says the public isn't alone in misunderstanding the ramifications of UAVs. The Federal Aviation Administration needs to put proper regulations in place, especially given that UAVs are poised to become the next big thing in commercial aviation, she said.

Drones come in all shapes and sizes and some are as small as bugs. You’d never know they’re here, she said.

What is underway is a tidal shift in war-making that has caught the world off-guard.

“I keep waiting for my students to make one that flies over here to look into my office,” she said, meandering toward the window. “I keep looking over my shoulder.” (What would she do? “I’d shut the blinds.”)

Cummings views herself as a proselytizer more than anything else, trying to help people get the full picture of the technology.

“You have to ask yourself what it is that you’re really uncomfortable with,” she said.

“Is it that we’ve trivialized something that used to be complicated? That we’re closer to the matrix, that the distinction between technology and humans isn’t as clear? What are we talking about here?”

Flying vehicles remotely isn’t news, she points out. The military has been launching Tomahawk missiles form afar for decades. Cummings trained on them herself.

One day, when Cummings was training with the Air Force, she made a mistake. During a simulated dog fight with another aircraft, she locked in on what she thought was the target. Just as she was ready to pull the trigger, her target switched from an enemy to friend.

“I didn’t see that the track had switched and I pulled the trigger,” she said. “It happens all the time.”

Removing the human from the equation allows for a greater degree of accuracy, she says, and remote monitoring systems mean more eyes on the target. A lawyer can tell a military captain if she is within the Geneva Conventions, and then her chief advisor can tap her on the shoulder if he sees a child’s bike outside a building they were about to bomb.

Armies are always going to be attacking targets, Cummings said, and in her view, UAVs mean fewer deaths, fewer fatalities and improved decision-making when they do so.

"You are never going to move people past war. Human nature is what it is," she said, her tone matter-of-fact. “I’m a war-fighter deep down inside. At some point in my life, I was willing to drop a bomb on people.”