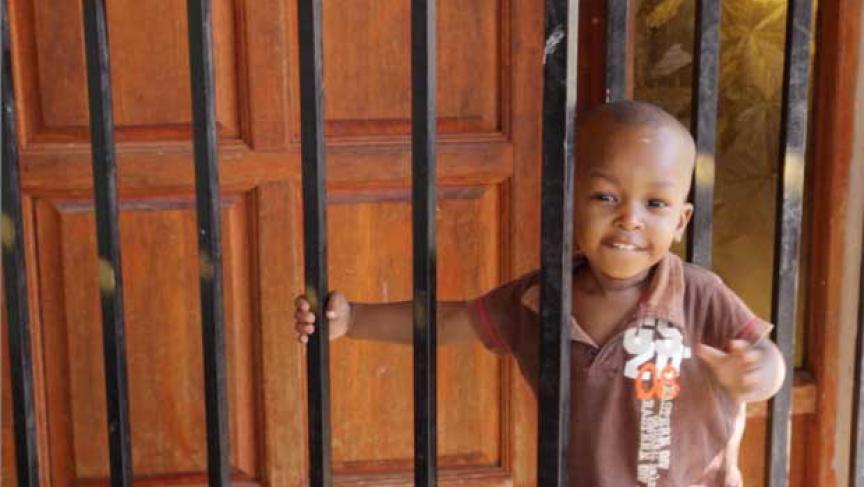 Share
By Ann Kim The southern African nation of Botswana, like its neighbor Zimbabwe, is promoting male circumcision as a way to combat the spread of HIV. Botswana is not only encouraging men to be circumcised; it is encouraging parents to circumcise male infants. "It can be about one tenth the cost to circumcise a baby compared to an adult," says Dr. Rebeca Plank, an infectious disease doctor with the Harvard AIDS Initiative in Botswana. "It's much easier to do. It's much safer to do. It's much quicker to do." Plank is studying the feasibility of a large-scale infant circumcision program in Botswana. She believes that infant circumcision is the next sensible step in the fight against AIDS in this part of the world. But, she says, there's one big question: "Is this going to be acceptable to parents?" Infant circumcision is not common in Botswana. Some tribes used to circumcise teenage boys as a rite of passage, but these initiation ceremonies were discouraged by early Christian missionaries. They were also outlawed by Botswana's first president. In recent years, the ritual has been making its way back as a cultural practice for some tribes, but many men who come from other tribes express the view of 23-year-old Norbert Kibeenay. "God made me like this," he says. "I don't want to, you know, cut anything." And he would not want a son cut. Rebeca Plank and her colleagues have found women far more open to the idea. "About 90 percent of the moms we interviewed said that they would want their sons circumcised," she says. "And the number one reason that they gave for wanting him circumcised was to prevent HIV." That's the reason Untemetse Tseketi wanted to circumcise her son Junior. But she says Junior's father was unhappy with the idea. "He didn't like it at all," she said through an interpreter. "He was upset. He thought it might kill the child to circumcise." She went ahead with it, anyway. "If the decision was left only to men, fewer babies would be circumcised," she says. "I think it's better if I decide." In Botswana, men usually make the big family decisions, but many mothers make the decision when it comes to circumcision. "The moms, in the end, just have the baby circumcised and inform their partner later," says Rebecca Plank. Plank says one reason is that, by tradition, mothers and infants remain secluded for the baby's first month of life. It's believed that visitors–even the father–can bring bad luck. That gives the mother the power to choose. Advocates for circumcision hope that this old custom will help foster a new custom and help bring this region's HIV epidemic under control. Ann Kim traveled to Botswana with support from the International Reporting Project.