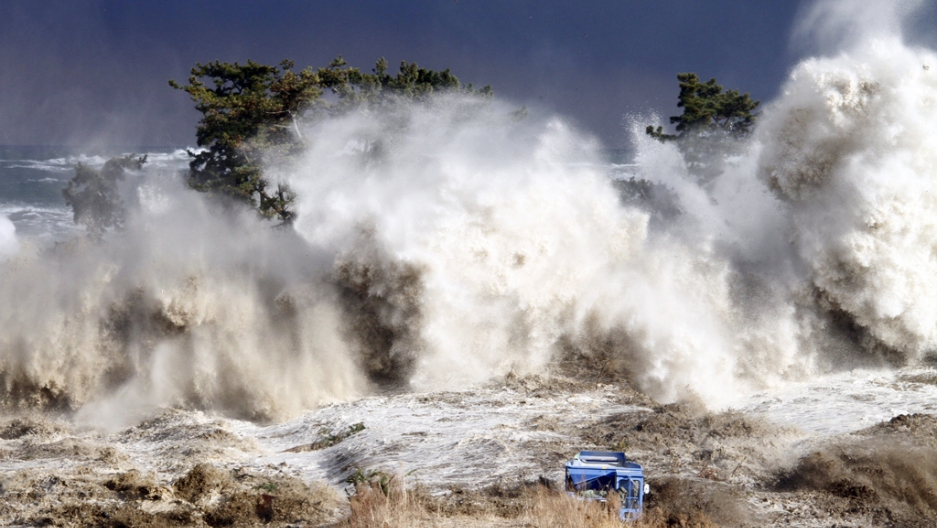 TOKYO, Japan — The quake that hit Japan with such brutality seven months ago altered the archipelago's position on the planet in more ways than one.

The country literally shifted more than 5 meters, and as a result now nestles on a tectonic plate slightly closer to North America.

But while dramatic, this is not the only seismic change Japan experienced. Everything from business practices to everday behaviors, societal trends to shared values have taken on new shape following the 9.0-magnitude quake that struck March 11.

Some are talking about a newly raised consciousness in previously uber-pragmatic Japan.

“It could be the making of a new Japan,” said Tokyo-based architect Mark Dytham of his adopted country.

“The country had stagnated in all sorts of ways. There was recession here and a lack of meaning," said Dytham, co-founder of PechaKucha, which is a worldwide series of events by which young designers come together and share ideas.

"Now there is a new energy that we didn't know existed. ... The changes are coming from a more grass roots level.”

Ordinary Japanese people — particularly the younger generations — have discovered a side of themselves they never knew existed, says Mariko Fujiwara, a consultant at Tokyo's market research firm Hakuhodo Institute of Life and Living.

Her agency recently pinpointed a “growing sense of personal responsibility,” and a “desire to contribute to society” following the quake. Before the quake, says her agency report, such values were somewhat lower down on the preoccupation of its Japanese interviewees whom it polls every few weeks.

What this translates to in everyday Japan is a more caring populace, Fujiwara says. Previously Japan was marked by a comparatively complacent middle class, which had little sense of solidarity and which gave less time to civil society and less money to charities than its Western counterparts.

Now, volunteerism is all the rage.

“One has to visit Tohoku to truly understand the severity of the damage the tsunami has left behind,” she said. “What you can see there is enough to instill some kind of change in anyone. After two days of volunteering, I came back home wanting to go back again to help.”

Furuta agrees that there has been a sea-change among her compatriots — younger folks previously labelled as ineffectual and self-centered by pundits here and abroad.

“I think the younger generation is conserving energy more actively and has learned the value of human networks — family, friends, colleagues, classmates, etc. What one cannot do alone can be done in a team. Also, the disaster has acted as a catalyst, challenging everyone’s priorities and values.”

After absorbing the shock of the devastation and experiencing a long bout of navel-gazing and stock-taking, some observers say consumerist Japan has also been knocked off its axis.

Love and religion, for example, are now on everyone's mind. After the quake, attendance at centers for organized religion rose sharply — a fact supported by anecdotal evidence at a few churches and shrines around Tokyo.

Marriages are up, too. Match-making agency Marry Me reported that inquiries about joining had risen 30 percent since the end of April.

Other local match-making agencies reported a surge in members, and at least one wedding service told the Asahi Newspaper that it had seen a 50 percent increase at its Fukushima branch.

Books on Buddhism, family life and even poetry are selling well, according to booksellers, who said that previously it was business-related tomes that were in high demand.

Following a phase of mourning-like “jishuku,” or self-restraint, immediately after the quake, seven months on certain luxury items are creeping their way back up the consumer list.

“Champagne sales have risen tremendously in Japan recently,” said one Tokyo-based marketeer for a leading Champagne brand. She declined to be named.

And where the the rest of the world is frantically buying up gold — and sending its price sky high — the Japanese are selling it in record amounts, suggesting that they are feeling more at liberty to enjoy themselves, even indulge. For some, the quake seems to have instilled a sense that time is of the essence.

“Older Japanese who may have hoarded often forgotten gold at home now find they want to cheer themselves up a bit,” said Midori Abe, an independent gold trader in the Shinjuku ward of Tokyo. “They are spending their cash-for-gold on treats like five-star restaurants and travel.”

Other attitude shifts have allowed rigid social institutions to undergo changes unthinkable a few years ago. Working from home, or telecommuting, is one of them.

Japan’s biggest telecoms firm NTT, for one, has seen an enormous jump in demand for its work-at-home support service which has seen a five-fold increase in inquiries since the March earthquake.

“Demand for remote-access tools was limited before as most workers found it easy to get to the office and work there. There were also concerns about security,” explains a NTT spokeswoman.

“Post-quake, that has all changed with companies keen to equip employees with these tools because of commuting problems, power blackouts and the need to care for school-less evacuated children.”

Telecommuting support services allow employees to connect to their company's computer system at home, securely accept emails sent to a company address or use the company's software on their PCs at home. Virtual conferences are also a possible via the internet.

Quite a change for a country where until recently bosses rarely let their workers use laptops to work on out of the office, nevermind let them use a company one at home.

Of all the unforeseen wallops dealt by the quake and its subsequent tragedies, not all of them at least are bringing the deepest woe.