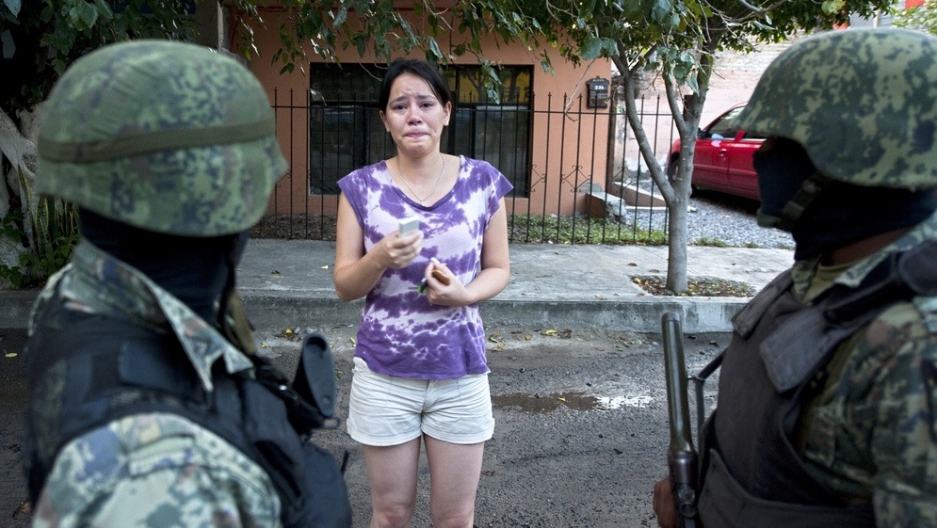 This is the kind of violence that can change people's way of life.
Credit: Ronaldo Schemidt
Share

The murder rate in Central America and the Carribean is nearing a "crisis point," according to the United Nation's latest Global Study on Homicide.

The killings are rooted in the rise of drug trafficking in the region, the report said. Mexican cartels have gradually moved south, establishing footholds in countries like GUatemala and Costa Rica, where the cost of security has eaten away at economic growth. A recent World Bank report said that violent crime costs Central America about 8 percent of the region's gross domestic product in security and healthcare.

Cocaine trafficking has spurred clashes as the cartels compete for territory. Civilians get caught in the crossfire. Per the UN report:

In the last five years, homicide rates have increased in five out of eight countries in Central America. Honduras saw its homicide rates more than double between 2005 and 2010, while Mexico saw an increase of 65 percent in the same period.

The time span corresponds to the Mexican government's declared war on drugs, which began in 2006. It's a war that his critics say has only emboldened the cartels, made them more aggressive.

How does the region compare to the rest of the world?

According to the report, the homicide rate in the Americas is 15.6 per 100,000, more than double the world average.

Only Africa has a higher rate, at 17.4 per 100,000. But Africa includes the Democratic Republic of Congo, where armed conflict continues to rage in the largely trackless eastern region; Somalia, which many have labelled a failed state; violent flareups in the Niger Delta, and the political clashes in Ivory Coast.

Latin America, by contrast, is relatively calm and prosperous, without major civil unrest. To see the Americas rival Africa in murder rates underscores just how violent and far-reaching the drug war has become.

Part of the problem, the UN said, is the domino effect the violence has caused:

To assert their authority, mark their territory or challenge the authorities, organized criminal groups also use indiscriminate lethal violence that may not be directly attributable to drug trafficking but has resulted, in recent years, in the murders of numerous state representatives, elected officials and law enforcement officers, as well as members of the general public. Increasing violence redraws the boundaries of its own acceptability and in so doing fuels homicide yet further.

This culture of impunity is a dangerous one. It not only erodes people's sense of security, but it emboldens even petty criminals. When you can kill and go unpunished, it makes the idea of stealing property much less serious.

It also tends to deepen economic disparities. The wealthy retreat behind walled compounds and armed security guards, and frequent only the shopping malls and enclaves in which they feel safe. Those without the means to protect their families in this way get left behind, in the lawless rest of the country. That brews resentment and sometimes, more crime.

Most of these murders are gun crimes, and the UN report said that firearms are a "major enabling factor influencing homicide trends" in the region.