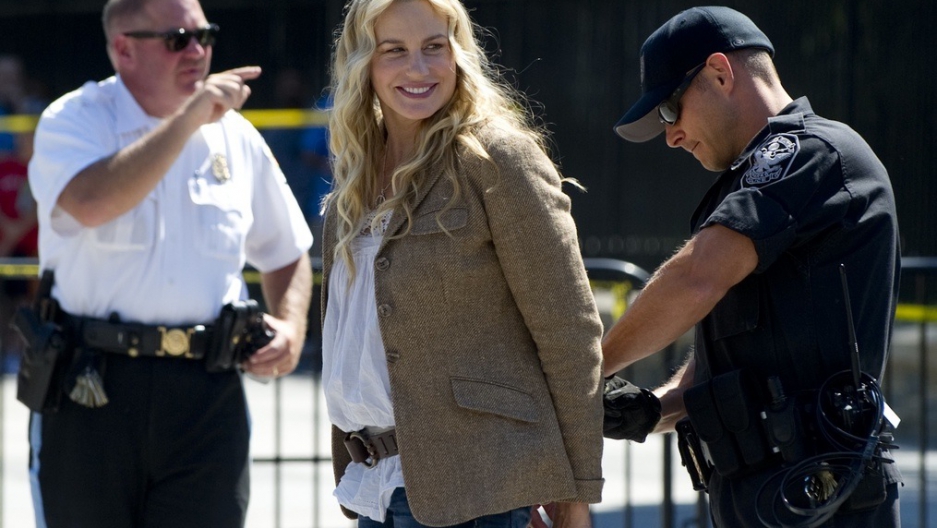 TORONTO, Canada — The Canadian government is pitching a controversial oil-sands pipeline through the United States as the “ethical” choice for energy consumption.

The proposed Keystone XL pipeline would carry oil sands bitumen, a thick form of crude oil, from the Canadian province of Alberta to Gulf Coast refineries in the United States.

About 1.3 million barrels of oil are currently produced from the oil sands each day, almost all of it going to the U.S. market. The $7 billion Keystone pipeline, proposed by Calgary-based TransCanada Corp., would transport an extra 500,000 to 900,000 barrels a day of oil sands bitumen to U.S. refineries.

Environmentalists on both sides of the border denounce it as a conduit for “dirty oil,” out of concern for the pollution and ecological damage they say the pipeline would cause.

Read more: Where does your oil comes from?

The Canadian government and the oil industry herald it instead as the source for “ethical oil.”

“Doesn’t it make more sense to buy our oil from a democratic country and a neighbor like Canada, rather than buying it in the Middle East?’’ said Canada’s ambassador to the U.S., Gary Doer, after lobbying Nebraska Gov. Dave Heineman, who fears the 1,660-mile pipeline threatens a major aquifer in the Husker state.

Selling Alberta’s massive bitumen deposits to Americans in terms of national security — a reliable energy source from a friendly neighbor — has long been the strategy of the oil industry and Canada’s federal government.

The “ethical oil” argument was recently added to the pitch, and pushed so aggressively it recently triggered a diplomatic incident with Saudi Arabia.

At issue is a television commercial produced by EthicalOil.org, an oil sands advocacy group accused by environmentalists of being a front for “Big Oil,” and founded by an activist with close ties to the Conservative government.

The ad says that last year, North America bought over 400 million barrels of oil from Saudi Arabia, a state that doesn’t allow women to drive, or to leave their homes without their male guardians’ permission.

“Why are we paying their bills and fronting their oppression?” said the ad, which ran on Canadian cable channels, including the Oprah Winfrey Network. “Today there’s a better way — ethical oil from Canada’s oil sands.”

A lawyer representing the Saudis threatened EthicalOil.org with legal action. And the national CTV network decided not to air the ad after the Saudis informed it of the dispute.

That resulted in two Canadian cabinet ministers giving the Saudis a public tongue lashing, while emphasizing the democratic values championed in the “ethical oil” argument.

Kenney is one of the most powerful ministers in Prime Minister Stephen Harper’s Conservative government. And the founder of EthicalOil.org, Alykhan Velshi, was Kenney’s chief aide until a few months ago.

Environmentalists see the ethical debate differently. They argue the Keystone pipeline would exponentially increase ecological devastation in the wilderness of northern Alberta, where bitumen deposits cover an area the size of Florida.

Coaxing a barrel of oil from the tar sands creates three times as much greenhouse gases as producing a barrel of conventional oil. It partly explains why Canada hasn’t come close to meeting the carbon emission targets of the Kyoto Protocol. The respected Pembina Institute notes the oil sands are the fastest growing industrial source of greenhouse gas emissions in Canada.

From Canada: Canada's PM can't get enough of the Queen of England

Anti-pipeline activists took their campaign to Parliament Hill last week, and like similar protests in front of the White House, several people got arrested. Among the protesters were union leaders complaining the pipeline would export jobs to the U.S. because the bitumen would be refined on the Gulf Coast, rather than in Alberta.

TransCanada estimates construction of Keystone XL will create 20,000 direct U.S. jobs, a figure that has many believing U.S. President Barack Obama will soon give the pipeline final approval. For Canada, the pipeline will trigger further development of the oil sands, creating thousands of jobs and huge amounts of government tax and royalty revenues.

Harper calls its construction a “complete no-brainer.” And his environment minister, Peter Kent, has been busy pushing the “ethical oil” argument. But the government has been characteristically silent about a new report that calculates the cost of climate change to Canada at $5 billion a year by 2020, and between $21 billion and $43 billion annually by 2050.

The report, written by a group of business leaders and researchers appointed by the federal government, outlines the dramatic effects that a warmer climate will have on the forest industry, coastal flooding and on the health of Canadians. It estimates that hotter temperatures and poorer air quality will account for 1.3 percent of all deaths in Canada’s major cities by 2050.

What are the ethics of that?