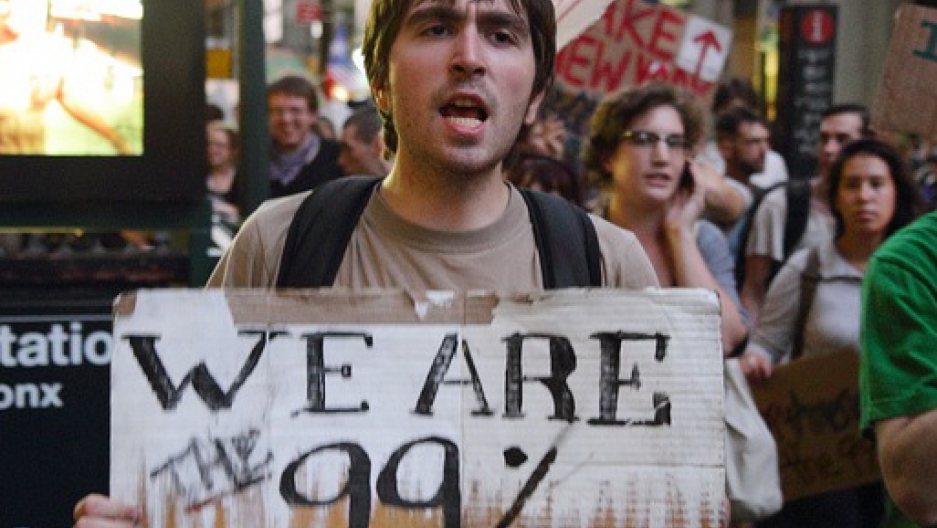 The protesters gathered in New York City and around the United States are fed up with bankers. But "if they talked to the people working inside the banks and on Wall Street in the office buildings," deputy chair of the New York Federal Reserve's board of directors Kathryn Wylde says, "they would find they have far more in common with them than what divides them."

"It's clear that America is at a crossroads in many respects," Wylde says. There's a deep frustration over the financial situation in the United States, and "there's a deep distrust of our leadership, whether it's in government or in corporations."

Though many in the protests see government as too cozy with Wall Street, Wylde says that's a "a basic misunderstanding of how great those tensions are." She points out that "anybody who reads the business section of the New York Times and the Wall Street Journal will see that bankers and big government are not getting along so well these days."

Wylde stresses that everyone is frustrated and simply looking for a way out of the crisis. The problem is that many of the tools that could be used to address income inequality or financial instability have already been used. At this point, she says, "everybody is frustrated and kind of taking it out on each other."

"The key is for this country to come together, not to split apart, and I think that's the real message," she stresses. "We ought to be figuring out how to pull together, we can't do that without the banks."