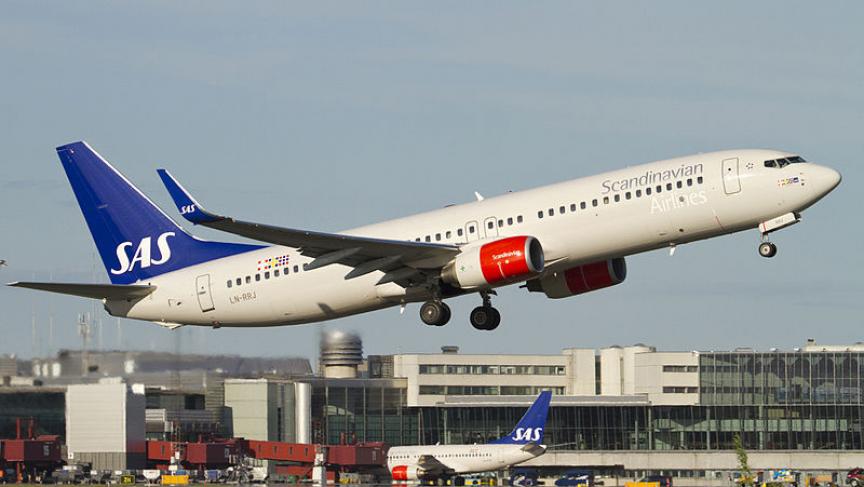 Cap and trade soon to be implemented in the airline industry. (Image by Wikimedia user Brorsson (cc:by-sa))

Beginning in January 2012, the aviation industry will join the European Union's Emissions Trading System (ETS). Carriers flying in to and out of the European Union will be required to keep track of the fuel they burn, report it to EU authorities, and pay up for any emissions that are over the cap set by the EU. The law applies to all airlines, whether they are headquartered in EU or not, and that has some non-EU airlines upset.

"What we're doing is bringing the airline sector into a cap and trade system, a carbon market system, to reduce emissions and incentivize the sector to be energy efficient," says Isaac Valero Ladron, a spokesman for Climate Action at the European Commission.

Valero says that the EU has been fighting for years to get a global deal on emissions at the UN's International Civil Aviation Organization, or ICAO.

"This is a global problem, and requires a global solution. But progress at ICAO has been very little, and the European Union and its 27 member states have decided to act," Ladron says.

But the EU did not want to put its own carriers at a competitive disadvantage, so it decided to make all airlines report their emissions, and pay up if they exceed the cap.

"In essence, that will place an exorbitant, and in our view illegal, tax on our airlines, says Nancy Young, vice-president of environmental affairs at the Air Transport Association (ATA), a trade group representing the largest US airlines. The ATA is part of a lawsuit against the emissions trading scheme that is now before the European Court of Justice.

"It's basically a violation of our country's sovereignty, and the international treaty that governs international aviation, for the EU to regulate extra-territorially that way," Young says.

Look at this way: If an American carrier flies from New York to London, only a small percentage of the flight would be in the EU. Why, the argument goes, should the US carrier be held responsible by the EU for the emissions from the entire flight?

Bill Hemmings, with the Brussels based group Transport and Environment, says it is impractical to try to geographically divide airline emissions.

"Whether an aircraft flies from Los Angeles to New York, or it flies from Frankfurt to London, or Paris to Marseille, they're all emissions," says Hemmings. "They all go into the air, and they can't be tracked to any particular source, so you need to look at them in their totality."

There is one way US carriers could get around this – improve efficiency and pollute less.

"It's really disappointing to see the US airlines turn to litigation to resolve this," says Pamela Campos, who is with the Environmental Defense Fund. The group is part of a global coalition fighting the US airlines in the European court case.

"When you go visit your friend's house, you play by her rules," Campos says. "There's an opportunity here, and United and Continental, the airlines behind this, can lead the way. They can show other American companies how to compete in a global market that has carbon constraints."

American carriers estimate that the EU's carbon plan would cost them a little more than $3 billion over eight years. They say that might not seem like much, but the industry is already hurting, and any extra cost is a hit.