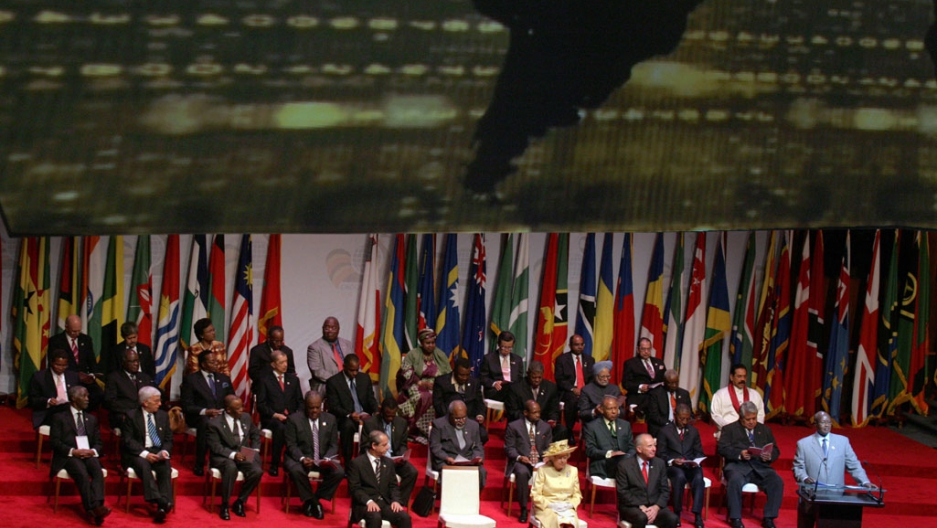 Uganda's hosting of the 2007 Commonwealth Heads of Government Meeting (CHOGM) was overshadowed by corruption allegations leveled at government ministers. Some of those accused have now been arrested.
Credit: Roberto Schmidt
Share

The hosting of the Commonwealth Heads of Government Meeting (CHOGM) in 2007 was supposed to be a proud moment in Uganda’s political history, instead it seems a number of well-connected and senior figures in President Yoweri Museveni’s government saw it as just another opportunity for graft.

Earlier this week former Vice President Gilbert Bukenya was remanded in custody for his alleged role in skimming off the top of a $3.3 million deal to procure limousines to ferry dignitaries about during the international get together.

On Wednesday three others were summoned for alleged corruption, including Foreign Affairs Minister Sam Kutesa and Chief Whip John Nasasira. They are accused of fraudulent involvement in the tender for a $4.9 million infrastructure project to build pavements and a new marina at one of the CHOGM venues.

Anti corruption activists have welcomed the indictments and point out that those charged had been previously considered “untouchable” because of their closeness to the President.

All those charged have protested their innocence. Some estimates reckon that as much as $150 million may have been embezzled in various CHOGM-related scams.

The charging of Bukenya in particular could cause problems because he has been one of the most senior political figures from the Buganda ethnic group, a powerful constituency in the capital Kampala with whom Museveni has had tricky relations over the last couple of years.

Some Buganda have threatened to protest against what they say is a witch hunt against one of their own.