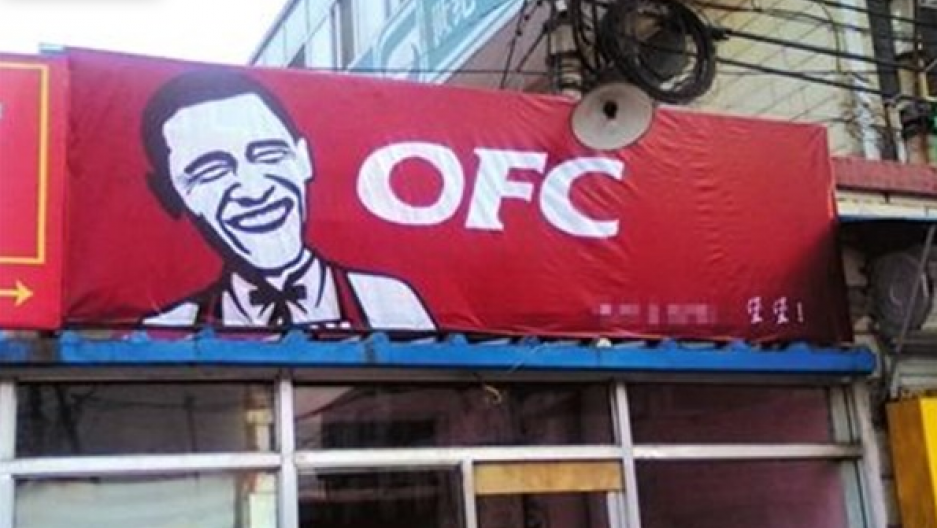 The facade of "Obama Fried Chicken," an eatery soon to open in Beijing, China.
Share

An eatery called "Obama Fried Chicken" is soon to open in Beijing, according to a Chinese-language report translated by the China Hush blog.

As you can see, the tiny restaurant's logo swaps the head of Colonel Sanders for the head of U.S. President Barack Obama.

According to China Hush, the shop's owners are believed to be students at a nearby college.

The New York Post even tracked down Rev. Al Sharpton for his take: "It's insulting, offensive and plays to racial stereotypes."

Predictably, KFC China is not pleased with Obama Fried Chicken and may take legal measures, the Washington Post reports.

But KFC's head honchos will have a tough time contending its Beijing imitator should be ashamed for using Obama's image to hawk fried chicken.

They can claim, however, that they thought of it first.