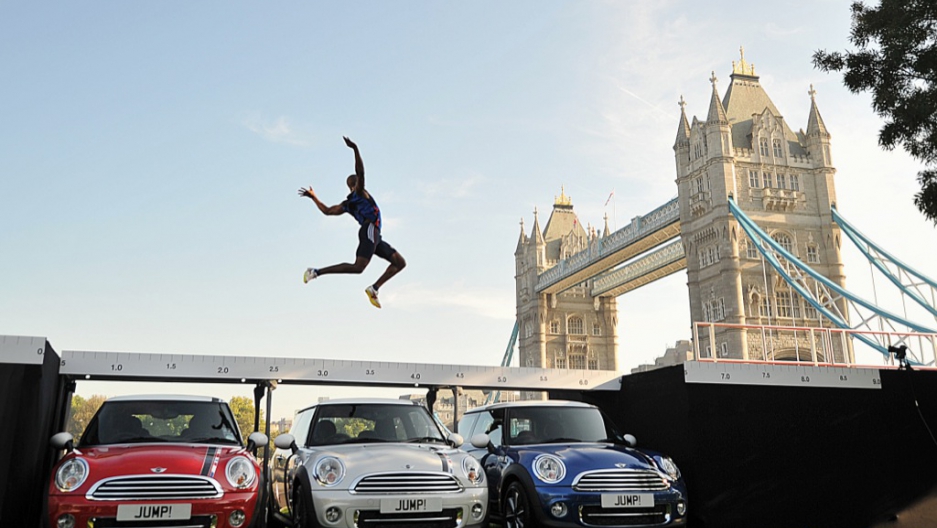 BRUSSELS, Belgium — Everyone knows that each kilometer you drive costs you money, in fuel and wear-and-tear on your car. But even in the European Union, where gas averages an excruciating $7.84 per gallon, it’s relatively easy to avoid thinking about the expense in between the uncomfortable incidences of filling your tank or needing auto repairs.

But what if you could see the cost of driving in real time? Would it affect the roads people took, or the time of day they travel?

A new push in the EU to “internalize” the “external costs” of transportation may make the day-to-day – or literally “kilometer-to-kilometer -- price of driving a bit harder to ignore in the not-so-distant future. For some volunteers in Leuven, Belgium, that moment is now.

Officials in this university town about 30 kilometers east of Brussels are trying out a system that tracks people’s driving patterns and charges them according to when, where and what they drive. The goal: to convince commuters to change their ways — or at least their routes and schedules.

Such real-time traffic-data could help improve lives. Drivers in Brussels give up an annual average of 65 hours sitting in traffic. In Paris, it’s 70 hours. Those figures come from international traffic-analysis company Inrix, which advises drivers in the Belgian capital that they could halve their morning rush-hour trip if they traveled at a different time of day than 8 to 9 a.m.

It’s unclear at this early stage what kind of taxes may be linked to such a system and whether other fees might be lowered as incentive for reducing time in the car. IBM’s manager for the project, Friedl Maertens, herself one of the volunteers, says the city will determine tax rates in the future. The current goal, Maertens explained, is more basic, to “measure if pricing is a tool to influence driving behavior.”

Partnering with high-tech giants IBM and NXP Semi-conductors, the town equipped 35 volunteer testers with the device, which is similar to a GPS. After a couple months of establishing baseline behavior, the monitor will calculate theoretical fees for the trips, which authorities could then charge as a tax. “Leuven has a mobility strategy (which) determines where the government wants to have cars and where they do not like to have cars,” Maertens said, “so there it will be a little bit more expensive.”

The city hired research-analysis firm Transport & Mobility Leuven (TML) to create a suggested price map for charging different areas of the city. TML says in its study that if no action is taken, traffic jams in Belgium will double in size by the year 2020. The report suggests “travelers need to think how to transport themselves at minimal social costs instead of minimal private costs.”

That kind of thinking would be welcomed by another test driver, Said El Khadraoui, who has just had the monitor device installed in his car. The 36-year-old Leuven native said while he’s already conscientious about only driving when necessary, with the new all-seeing on-board unit, “for short distances, I might think of leaving the car at home and making use of the bike.”

But most of El Khadraoui’s commutes are not bike-able; he’s been a member of the European Parliament for the last eight years so he’s in Brussels much of the time. He serves on the Transport Committee and is always looking for ways to make transportation more sustainable and less damaging to the environment. El Khadraoui authored a report that received final approval from European member states in mid-September to allow EU governments to charge heavy trucks three to four cents per kilometer for their “external costs” such as noise and air pollution.

El Khadraoui would like to see such a system extended throughout the European Union to passenger vehicles as well, but admits public attitudes are far from ready to accept that. “It’s not possible from day one – that’s obvious,” he said, “but I think by 2020 you will see a lot of changes in the way cities are approaching mobility problems and trying to solve them.”

Patrick Pype, Director of European Affairs at NXP Semi-conductors, which led in the creation of the device, envisions many uses that could help bring drivers ‘on board.” Pype points out that it can work like a super-equipped GPS, showing where traffic is tied up and how to avoid it, or in the case of the potential charges-per-kilometer, what the cheapest route might be. “It’s a combination of GPS, GSM [mobile phone] and security,” Pype explained, pointing out it also carries the recently unveiled “E-call” button, a Europe-wide accident-alert system.

It remains to be seen how “comfortable” anyone is going to be with a system that comes attached to the word “tax” or “charges,” and El Khadraoui admits that’s a huge challenge for policymakers. “You need a mentality change and therefore first you need the technology,” El Khadraoui said. “Then you need to explain the consequences and the benefits.” He recognizes there would have to be some tangible offsets such as lowering other taxes, to make such a system publicly palatable.

El Khadraoui also expresses confidence that privacy protection would be addressed, empathizing that he himself would be uncomfortable with the idea of someone tracking his travel. NXP’s Pype says those concerns have been taken into account on the technology side, in building the prototype device with a chip capable of encryption similar to a bank card’s.

El Khadraoui says he thinks consumers will come around…eventually. “Now we are in the phase – and this will take some time – of explanation,” he said, “of finding out what can we offer people. People need to understand it’s good for them and if you cannot explain it, it will never happen.”

From Japan: Power from the people

Unfortunately for IBM and NXP, sometimes even if you can explain it, it won’t happen. Just over a year ago, the companies were commissioned to run the same kind of test in the Netherlands. The conclusions exceeded expectations on all sides. That led to projections that nationwide adoption of the system would provide a “58 percent reduction in delays caused by traffic jams; a 15 percent reduction in the total number of kilometers driven annually; a 10 percent reduction in CO2 emissions; a 6 percent increase in total passenger kilometers via public transportation and (m)ore than 50 percent of Dutch households will pay less than they do currently for the motor vehicle tax and vehicle purchase tax.” Officials had proposed dropping those charges in lieu of the pay-per-use system.

The Dutch government enthusiastically welcomed the results and announced the system would be adopted throughout the country. But not long afterwards, that government fell and the new prime minister, Mark Rutte, decided he didn’t want to take the heat for new taxes, so the whole plan crashed.

The city of Leuven will start taking a look at its options next year when the test data rolls in.