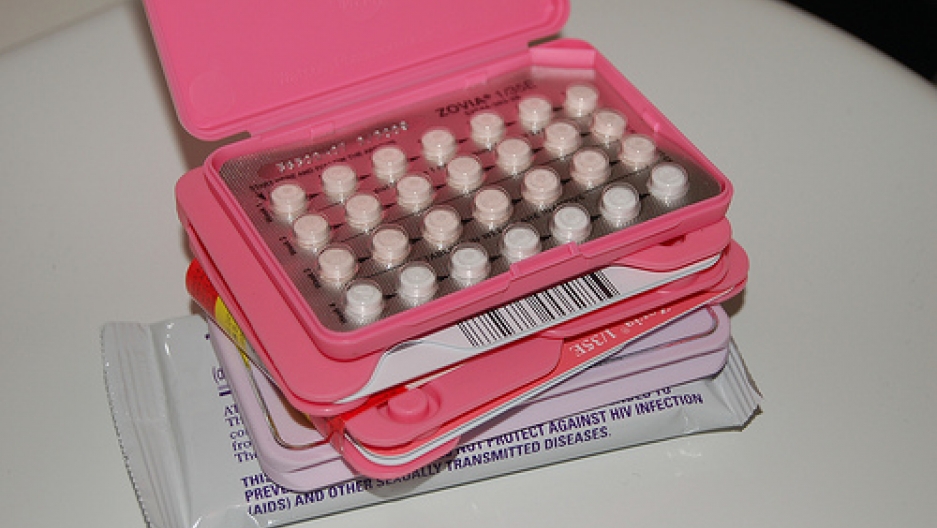 A study released on Monday shows that women using two popular hormonal contraceptives put themselves -- and their partners -- at greater risk for HIV. While this is a problem for all users of these drugs, it is particularly worrying to people in southern and eastern Africa, where these affordable and easily available contraceptives are used in a very high risk environment.

The study, published in The Lancet Infectious Diseases, said a high proportion of women who live in sub-Saharan Africa who used a hormonal injectable or oral contraceptive, were at greater risk for contracting HIV.

Pam Belluck wrote about the study for The New York Times. Her story focused on the hormone shot -- most likely, Belluck says, a generic version of Depo-Provera.

"The hormone shots may have been causing some biological effect that is making it more likely for women who don't have HIV to contract it from their partner," Belluck explained. "And, in another finding, when they had couples where the women did have HIV, but the men didn't, the men were more likely to have it transmitted from the women if the women were using that hormone shot."

Dr. Helene Gayle, president and CEO of CARE, a humanitarian organization with programs to end poverty in nearly 70 countries, says the study has huge implications for two major public health areas for women in developing countries: AIDs prevention and maternal health. She warns that there needs to be a deeper review of the study by other experts.

"We don't want to throw a wet blanket over all contraception," Gayle said. "And this is a study that needs to be looked at by a group of experts -- WHO is convening a group at the beginning of next year to look at this study in more detail -- and be able to put out the kind of guidance that will not throw a wet blanket over access to all contraceptives, but at the same time weigh the risk of increased HIV infection."