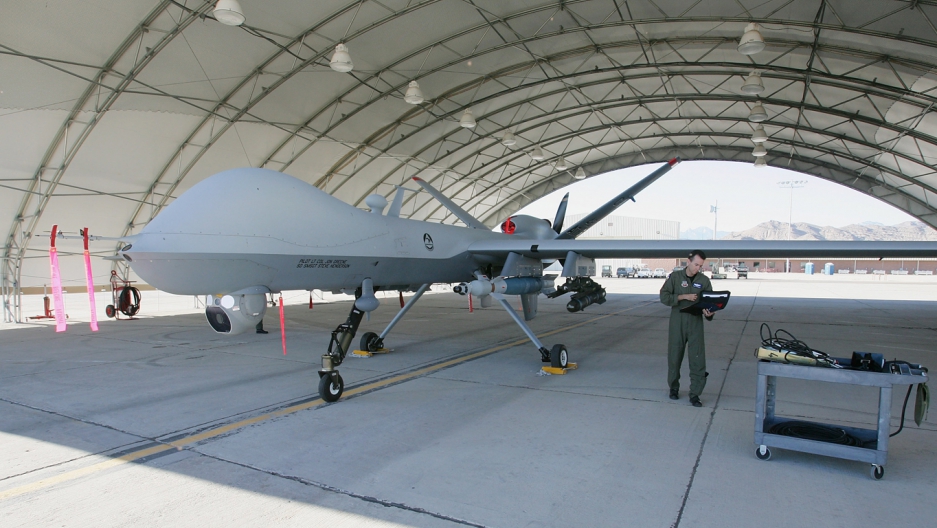 Back in 1998, when Al Qaeda killed more than 200 people — some of them Americans — in attacks on U.S. embassies in Kenya and Tanzania, the options available to an American president were limited.

Short of a full-scale invasion to root out the terrorist group in its Afghan redoubt, at the end of the 20th century, President Bill Clinton had three choices:

• Sending American warplanes into harms way to bomb sites that might — or might not — harbor Al Qaeda members, and risk U.S. pilots being shot down over hostile territory and held hostage, a frequent occurrence during the 1980s and 1990s;

• Risking U.S. Special Forces in the kind of covert operation that had gone so wrong in Somalia a few years before, and in Iran in 1979 — the infamous “Desert One” debacle that arguably cost Jimmy Carter his presidency.

• Launching Tomahawk missiles to take out suspected terrorist sites from thousands of miles away from warships in the Arabian and Red seas.

Related: China's got drones too

Clinton chose the Tomahawks, and some 70 of the cruise missiles — costing about $1 million a piece — took wing to targets in Afghanistan and Sudan. The results: the missiles killed a dozen militants of an unrelated Pakistani terrorist group training in Afghanistan, and destroyed a Sudanese plant described by the White House as a chemical weapons facility but was later found to produce nothing of the kind. The rest, they say, is history.

What a difference a decade makes.

Since 9/11, U.S. Special Forces have exorcised the ghosts of Desert One and Mogadishu, and full-scale invasions of both Afghanistan and Iraq, too, ultimately came to pass. But the real change has been technological: the ability to dispatch pilotless drones armed with precision munitions to take out targets that once would have involved enormous political and human risks on the part of an American president. These days, the word “Tomahawk” rarely comes into it.

Last weekend’s killing of the American-born Al Qaeda cleric, Anwar al-Awlaki, is a case in point. Ensconced in a rugged tribal nation in the midst of a civil conflict, the idea of invading would be viewed as madness. Similarly, sending U.S. pilots or special operations units involves huge risks, not only to their own lives, but to the stability of a country where overt American involvement would inflame opposition to the man Washington hopes will hold Yemen together, President Ali Abdullah Saleh.

Conversely, with today’s drone capabilities, the likelihood of a U.S. battle casualty has been reduced to almost nothing. Indeed, the main risk to the “pilots” of Predators flying “targeted killing” missions over Pakistan these days is from spilling hot coffee on their control consoles in Nevada.

Pilots, of course, feel threatened by all this automation: not only is it safer to send a drone to do a man’s work, it’s a hell of a lot cheaper. Talk in the Navy and Air Force of an end to the "top gun" culture, replaced by units of video gamers, is an existential concern. Yet inevitably, perhaps as soon as 2020, the mix of manned vs. unmanned combat aircraft will shift in favor of “Hal” and his donut-eating controller back in the States.

High-profile victories like the al-Awlaki strike notwithstanding, there are problems. Besides the angst of pilots (and the makers of their high cost warplanes), a different debate has started that hasn’t received nearly as much attention. In “Washington’s Phantom War,” by Peter Bergen, a counterterrorism expert at the New American Foundation, and Katherine Tiedemann, a George Washington University researcher, the effectiveness of sending armed drones to launch missiles at clay huts in Pakistan is questioned.

“On average, only one out of every seven U.S. drone attacks in Pakistan kills a militant leader. The majority of those killed in such strikes are not important insurgent commanders but rather low-level fighters, together with a small number of civilians. In total, according to our analysis, less than two percent of those killed by U.S. drone strikes in Pakistan have been described in reliable press accounts as leaders of Al Qaeda or allied groups.”

Bergen and Tiedemann make a compelling case that the drone strikes are pretty ineffective. Others, including Lt. Col. David Kilcullen, a former aide to Gen. David Petreaus and the world’s most respected counterterrorism strategist, believes they’re also counterproductive in that they stoke anti-American feelings in Pakistan and feed recruits to militant groups.

More: How many drones does it take to kill a terrorist?

At a still deeper level, some question the morality of it all. In a moral vacuum, of course, this is just fine. If this were all out war on Pakistan along the lines of the wars fought against Japan and Germany in World War II, we could regret civilian casualties but cite the higher aim of defeating an evil state as a reasonable rationale. But is this really reasonable?

It’s not just armchair quarterbacks asking these questions. Britain’s ministry of defense recently tasked its think tanks to study the ethics of drone warfare. (The actual report is password protected and available only to MOD personnel — though if someone wants to send it my way, I’d love to read it).

The Guardian’s diligent journalists managed to get a peek, however. The report stated: “It is essential that, before unmanned systems become ubiquitous (if it is not already too late) that we consider this issue and ensure that, by removing some of the horror, or at least keeping it at a distance,” it warns, “we do not risk losing our controlling humanity and make war more likely.”

In the end, you have to wonder: Is it a coincidence that, the further we get from each other on the battlefield, the more tolerance we seem to develop for civilian casualties, regrettable as they may be? Perhaps a robot will someday provide us with an answer.

Michael Moran, a geostrategist in New York, is author of "The Reckoning: Debt Democracy and the Future of American Power," to be published by Palgrav-Macmillan in the winter of 2012.