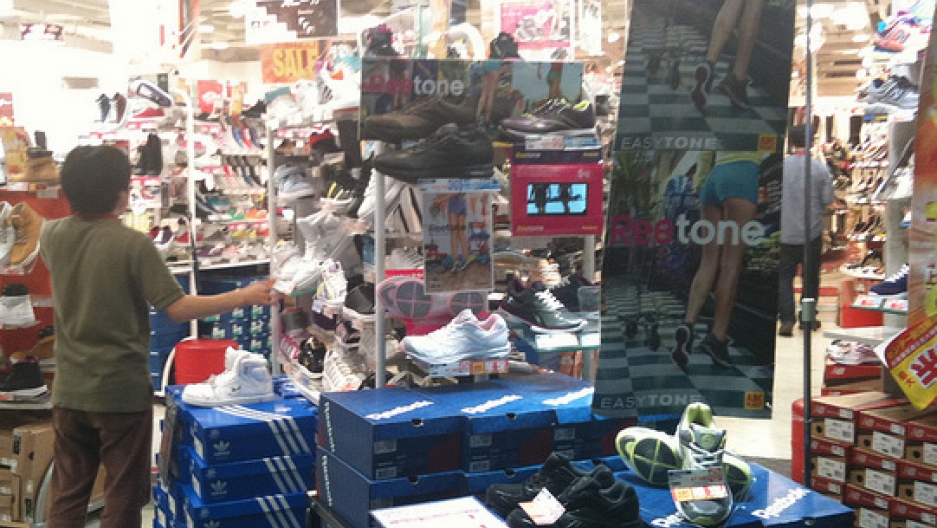 Reebok advertised that its EasyTone footwear could offer "up to 28 percent more of a work out for your butt, up to 11 percent more for your hamstrings and calves."(Photo courtesy of flickr user alainkun).

The Justice Department ruled Wednesday that Reebok's campaign for EasyTone sneakers is essentially hogwash due to the company's false claims that the shoes actually help tone muscles simply through the act of walking.

In addition, the Federal Trade Commission has ordered the shoe manufacturing giant to offer refunds to all customers who have bought EasyTone footwear--a fine which may cost the company over $25 million.

The ruling comes after Reebok's assertion of seemingly scientific data to back up the claims in their ads. The ads stated one could expect "up to 28 percent more of a work out for your butt, up to 11 percent more for your hamstrings and calves" from using the EasyTone sneakers.

With this ad, Reebok was citing a study done by the University of Delaware comparing the effectiveness of different running shoes. But the study was by no means sound.

"The University of Delaware put five women on treadmills and compared how their muscles worked with these Reebok shoes versus others," said Louise Story, Wall Street and finance reporter for The New York Times. "And, you know, five is not exactly a big sample."

Not only was the sample population small, the study only examined what the muscles were doing and did not compare outcomes--meaning the study did not look at whether the women wearing EasyTone sneakers actually lost weight or had a more shapely bottom from using the shoes.

The rulings by the FTC and the Justice Department do not force Reebok to stop selling the EasyTone sneakers, though. Instead, Reebok only must stop using the misleading scientific data to promote sales. The toning footwear industry, dominated mainly by Reebok and Sketchers Shape-ups, is worth about $1 billion in sales and Story believes Reebok's legal hiccup may not even put a dent in those sales.

"People might not stop buying these," Story said. "If people like how the shoes feel, they may not care about the science."