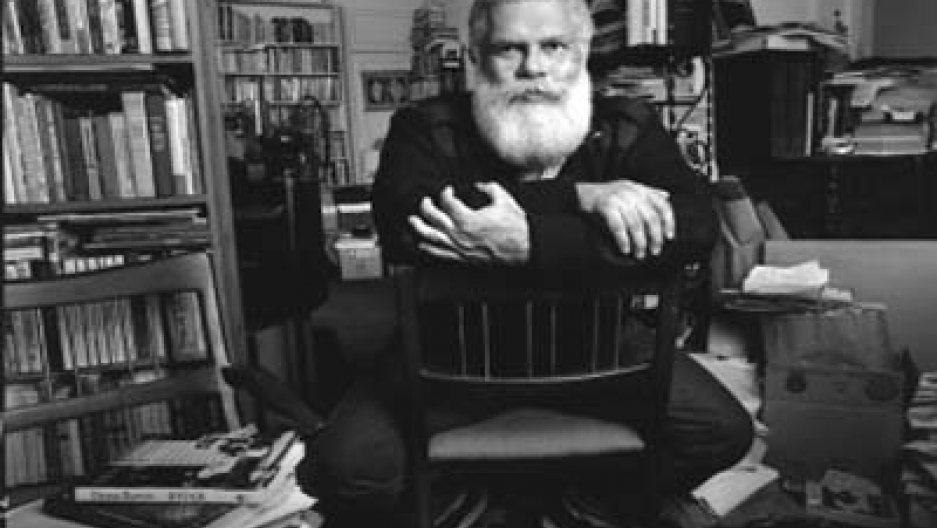 When most people think about science fiction, they imagine space ships and aliens soaring faster than light and speaking a tongue that only the nerdiest geeks can understand.

Although such traits may be the hallmark of many sci-fi series, to Samuel R. Delany, author of such best-selling novels as "Dhalgren," science fiction writing signifies a very special brand of language.

"The various genres are distinguished by the kinds of sentence conventions they appeal to," Delany said. "When the words are put together in poetic form, you listen to them differently, you pay attention to them differently. It's the same sort of thing with science fiction."

Delany points out that because of the imaginative nature of science fiction, the prose offers a wider "range of possible meanings." Phrases that would be metaphoric in most genres could be taken literally in sci-fi.

One of Delany's favorite examples of this concept is particularly illustrative:

As much as Delany touts the possibilities of science fiction, many authors and readers perceive a stigma around the genre as something overtly un-cool and poorly written. Delany went on to relate a time when he was in a bookstore and a clerk was shelving Ratner's Star, a popular novel by Don DeLillo about decoding a message from outer space. Delany contended the book was science fiction, while the clerk considered the beloved novel to be literature. The disagreement brought the bibliophilic clerk to tears.

"And you realize, that people have a huge emotional investment in keeping the genres separate," Delany said. "It's emotional, it's real, it will make people cry if you suggest breaking these barriers down."

Challenging stereotypes is an activity with which Delany is very familiar. Severely dyslexic from an early age, Delany was one of the first, prominent African-American writers in his field, as well as one of the first openly gay authors in the world of science fiction. The fantastical and forward-thinking ideas presented in science fiction also offered Delany a platform discuss his particular worldview. Although Delany considered many of his fellow sci-fi writers to be "downright homophobic," his first two stories that won awards, "Aye, and Gomorrah..." and "Time Considered as a Helix of Semi-Precious Stones" dealt with gay-specific issues.

"It's almost as if the Science Fiction Writers of America was almost hungry for this kind of story," Delany said, "Although there were other stories I had written stories too, these were the ones that received all the attention."