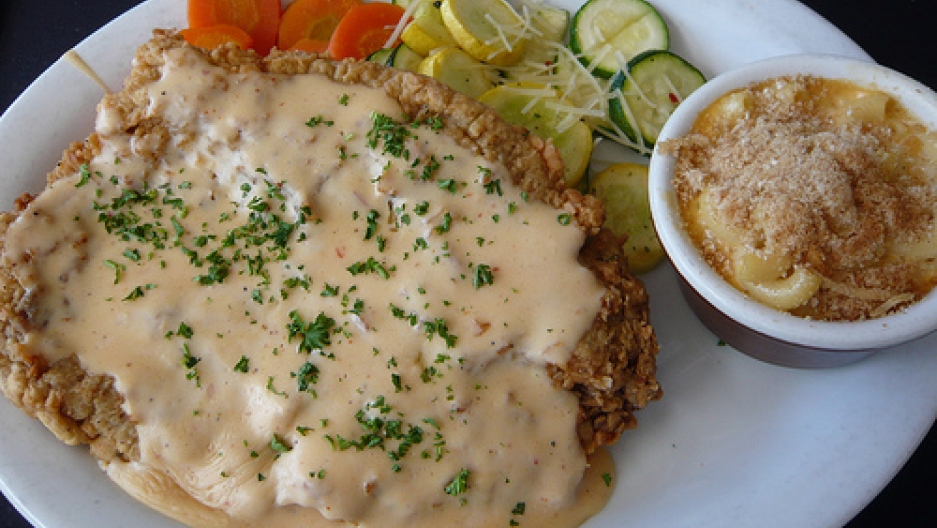 Texas has recently ended its so-called last meals for death row inmates, spurred by furor over a meal requested by Lawrence Brewer, who was condemned to die for the 1998 murder of James Byrd, Jr. Lawmakers in Texas demanded an end to last meals, and Brad Livingston, executive director of the state prison agency, agreed.

According to the LA Times, Brewer's meal included, "two chicken-fried steaks with gravy and sliced onions; a triple-patty bacon cheeseburger; a cheese omelet with ground beef, tomatoes, onions, bell peppers and jalapeños; a bowl of fried okra with ketchup; one pound of barbecued meat with half a loaf of white bread; three fajitas; a meat-lover’s pizza; one pint of Blue Bell Ice Cream; a slab of peanut-butter fudge with crushed peanuts; and three root beers."

Brewer did not eat his meal, which was served shortly before he was executed.

Brian Price has prepared last meals for some 200 inmates on death row in Texas prisons. He's written a book called "Meals to Die For." The book contains recipes with names like "Gas Chamber Chicken with Firing Squad French Fries."

In an interview with Anne Strainchamps on To the Best of Our Knowledge, Price says he doesn't mean for the names to be funny. He brings passion, pity and prayer to every meal he prepares. He also talks about some of his most memorable last meals, and the inmates who requested them. Use audio player above to listen to interview.