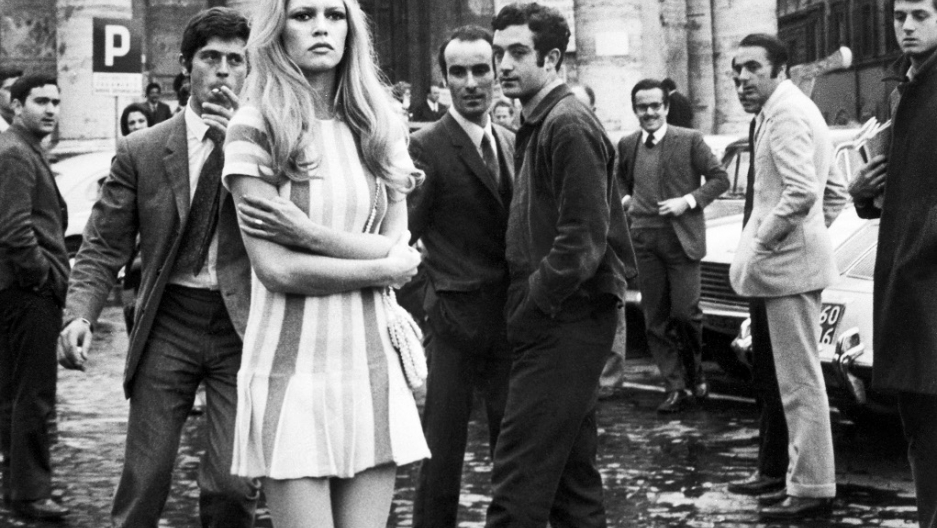 We could go on.

Not so if you’re French. Everyone knows that the Gallic diet — larded with butter, creamy cheeses and fatty meats, and washed down with red wine — somehow makes French people skinny and attractive well into old age. This, of course, defies logic. How, with this artery-clogging lipid intake, do they get 53-year-old presidential candidates with firm, tabloid-ready bikini bodies?

Le Monde, France's high-brow center-left newspaper, may have the answer, and it has to do with that other legendary French pastime: sex.

In a scoop that somehow eluded the American media (no wonder the industry is in decline!) the paper reported that frequent love-making increases your life expectancy.

That’s right – a romp a day keeps the doctor away.

"Making love is not only good for morale, but also for health and longevity," health writer Melina Gazsi informed readers earlier this month.

The article — accompanied by a fleshy black and white photo of a muscular man kissing the neck of an ecstatic lover, with shower water drenching clutched torsos — cites actual doctors and medical studies. A 2007 British study examined 3,500 men and women aged 20 to 104 “who had two points in common: rather intense sex lives and appearances much younger than their age.”

"Sexuality brings well-being that “dopes” happiness, and slows the process of aging," according to Le Monde source Dr. Frederic Saldmann, a cardiologist and nutritionist, who cites an "impressive bibliography" of studies.

So what's the magic number? How often is "often" enough? And how much longer can we expect to live?

Again we ask: How could this be? Does it work if you’re not French? Or is it (as certain GlobalPost editors speculate) a muddling of cause versus correlation? In other words, maybe the explanation is that happy, healthy people live longer and tend to be more attractive, and so they have more sex as a result?

No sir. This elixir is molecular. It’s available to all, no matter their external appeal.

Saldmann explains the science: "Orgasm liberates oxytocins — otherwise known as intimacy hormones — that trigger relaxation, energy and fulfillment. Additionally, after sex the brain produces serotonin and dopamine, the happy messengers of pleasure and euphoria. Pleasure, in turn, liberates the 'fairy' hormone: endorphin. This natural calming wipes away anguish, stress and tension. No more insomnia or migraines. Adieu back and neck pain… and as an added premium, you get a burst of energy."

Incidentally, all this sounds much better in French.

An influx of hormones and oxygen to the blood “eliminates toxins and bad blood.” At “the moment of orgasm, the heart rate reaches 180 beats per minute” — in France, at least — “stimulating the heart and lungs, burning calories and reducing the cholesterol levels.” Having sex also renders the body more resistant to colds and the flu.

“But that’s not all!” the article exclaims. According to Dr. Saldmann, “having sex often prevents numerous maladies, notably prostate and breast cancer,” which he points out “become more common in old age, just when sexual activity diminishes.”

The doctor, whose views are corroborated by a psychiatrist-sexologist consulted by Le Monde, concludes that he prescribes sex “as homework” to all his patients, to “reinvigorate their taste for life,” to “make them bond more with others.” He encourages “another approach for sex: less ceremonious, more relaxed and joyful.”

At press time, GlobalPost was unable to confirm whether that prescription would be covered by our HMO.