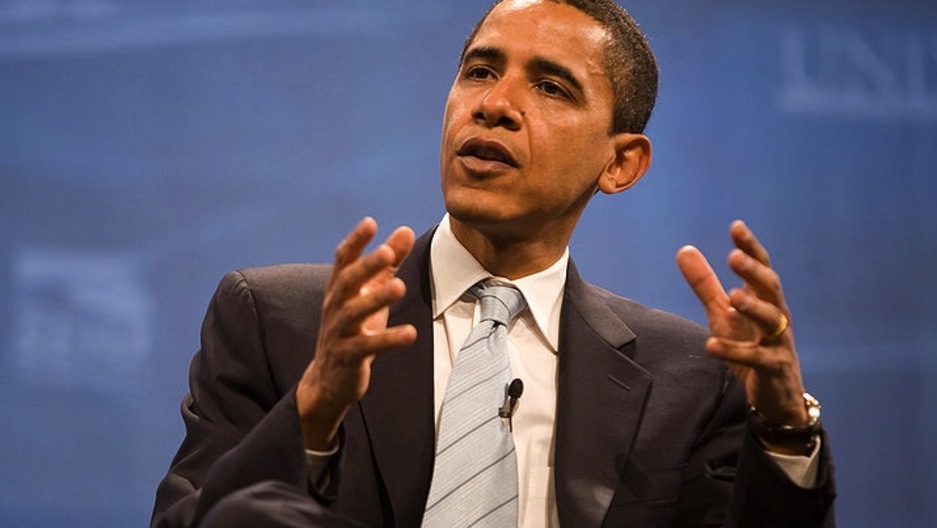 Latino voters were a large reason why Barack Obama was able to win the 2008 election so overwhelmingly. But Obama's approval ratings have been down lately, leaving some to wonder if the GOP can entice Latinos away from Obama and get them voting Republican in 2012.

"Latinos are naturally Republican," according to Gustavo Arellano, author of the syndicated column Ask a Mexican. "They really believe in small government, a big chunk of them do not like gays and lesbians. But at least out here in California, the Republican Party -- ever since 1994 -- they've turned off a generation, if not two generations, of Latinos with their anti-Mexican rhetoric."

That may be changing. "Hispanics over the next generation are going to continue to trend more toward the right," according to Leslie Sanchez, author of "Los Republicanos: Why Hispanics and Republicans Need Each Other," and former adviser to George W. Bush. "A lot of that has to do with the fact that you're seeing the acculturation, the assimilation, the economic upward mobility."

It's true that many Republicans have scared Latinos away with their harsh views on immigration. "On the national level," Sanchez says, "Republicans have done themselves no favors especially when it came to very caustic, kind of sounding anti-Hispanic rhetoric of the immigration reform debate. We saw it in 2006, and especially in 2008 in the primary."

But Latinos have supported Republican candidates since the 1970s, Sanchez points out. "It can happen, because Latinos are going to vote for the candidate rather than the party."

Candidates like Marco Rubio in Florida may be paving the way toward a more Latino future for the Republican Party. He runs as a conservative and a Republican who also happens to be Latino, according to Sanchez.

But predicting the future of Latino voters is nearly impossible. "Latino voters are very fluid. It's like trying to shape Jell-O," Sanchez says. "The movement of Latino voters and the kind of political education and how they're looking at parties is shifting every day, much more in four years."

Here's what some folks on the PRI Facebook page had to say:

Ciara Odette Botello: I vote. The majority of South Texas are Latinos and we do care about politics and our country's issues. No, I don't get offended to be called Latina. By the way there is a little bit of every origin that doesn't care or are not legal. Let's not be stereotypical.

Alfredo Borunda: I don't mind being part of the Latino vote...there are issues that many Latinos have in common and there is nothing wrong with being part of a block. I seriously doubt the GOP will woo Latinos back in 2012...

I was a Republican for many years and it was the dominance of the anti-immigrant wing of the party that drove me to become an independent.

The TP is not going to help the GOP get the Latino vote, just witness how Perry's common sense approach to allowing undocumented kids pay in-state tuition made him a pariah with that block...

Jordan Rogers: They might not turn out like they did in 2008 and if Perry is the nominee than he's certainly going to fight for their votes, but I still think Obama will win the Latino vote.