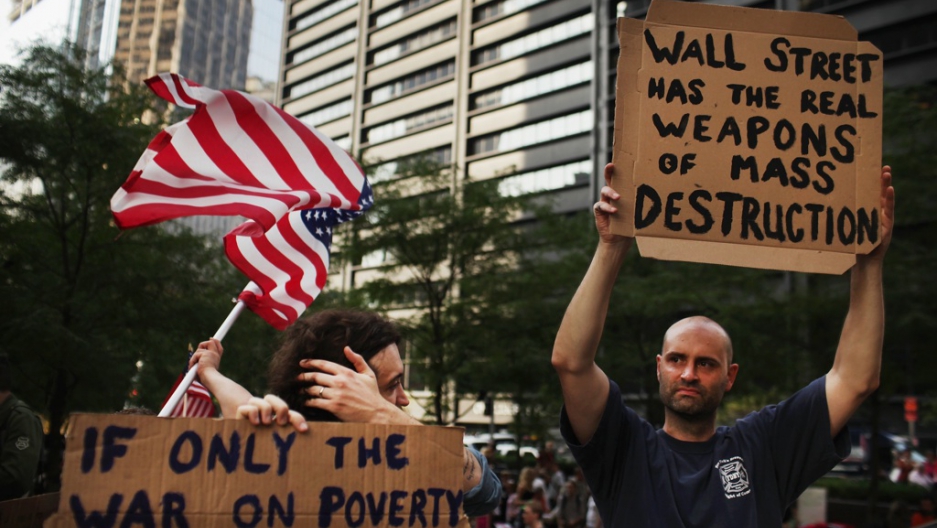 Michael Moore knows how to tell a story.

You don't make three of the world's highest-grossing documentaries (Fahrenheit 9/11, Bowling for Columbine, Sicko) without having some some serious narrative chops.

Moore took on capitalism, the runaway problem of Wall Street greed, and a bunch of other economic woes hitting America right now.

The most interesting bit, however, had to do with the Occupy Wall Street protests that are gripping lower Manhattan, and picking up some serious media steam as well as Hollywood star power (both Susan Sarandon and Alec Baldwin are on the case).

On CNN, Moore warned that the protests — now in their 11th day — are a sign of things to come:

"We got rid of slavery in 1863 in this country. It wasn't until the 1960s that you saw the large marches and the voting rights and the civil rights act being passed. Women couldn't vote until 1920, and then you didn't have the real women's liberation movement until the '60s and '70s.

Things take time. This won't take that long. This won't take 100 years for people to respond because Wall Street has overplayed its hand. They have come down too hard on too many people, especially people in the middle class who used to believe in Wall Street.

Forty-six million people living in poverty right now in the United States. That's an absolute crime, it's immoral. And these guys are just posting the largest profits ever this year."