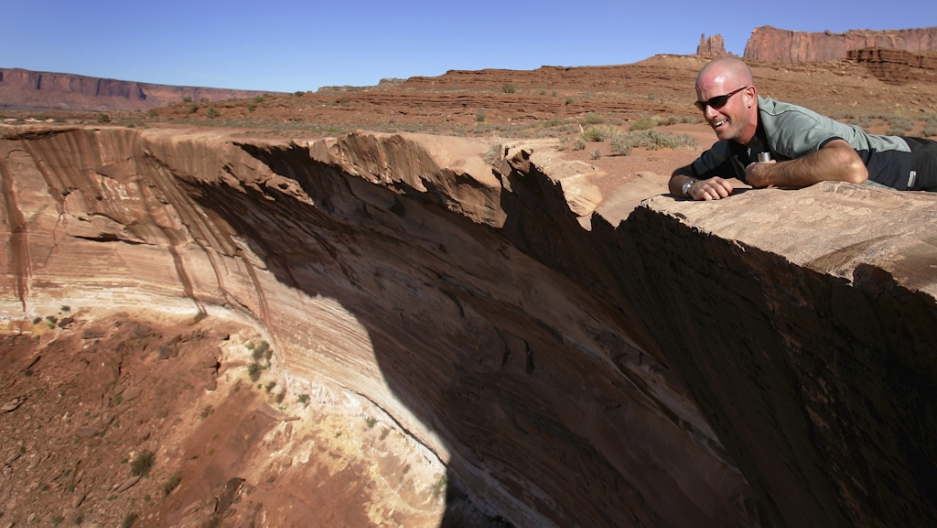 Inspired by the Hollywood movie "127 Hours," based on the true story of a man who cut off his own arm after getting trapped beneath a boulder in a Utah canyon, a North Carolina man decided to set out on a solo hike in the same remote canyon.

Similar to the film, the adventures of Amos Wayne Richards, 64, did not end well, the Associated Press reports.

In the film, Franco portrays Aron Ralston, a climber who in real life became stuck in that very canyon. Ralston had gone climbing without telling anyone his plans, and after he became trapped under a boulder he had to cut of his own arm in order to free himself.

It is not clear why Richards thought it would be a good idea to follow suit.

But he did, undertaking a hike earlier this month without telling anyone where he was going. Richards fell 10 feet down a canyon, breaking his leg and dislocating a shoulder. While he was able to work his shoulder back into place, he was unable to walk, he told WBTV in Charlotte, North Carolina.

Without cellphone service and with only two protein bars to eat, and rain water to drink, Richards began dragging himself back to his car, eventually retracing his steps for almost five miles, the AP says.

Park rangers eventually began looking for Richards after his campsite was found unattended, and his car was discovered at the trailhead. Richards was located four days after his accident, the AP says.

Richards was treated for the shattered leg and dehydration at a hospital in Moab, Utah, before returning to his home in North Carolina to recover.