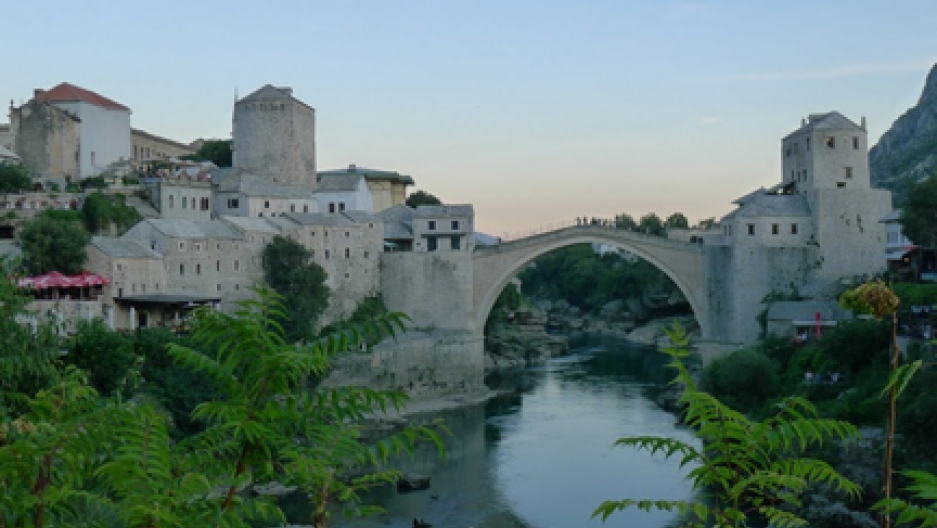 DUBROVNIK, Croatia – By 7:00 a.m., sunlight pours over the towering battlements that surround old Dubvrovnik. It gleams off the cream-colored flagstones paving Stradun, the stately pedestrian thoroughfare that cuts through the city in a masterpiece of 17th-century town planning.

It may seem an ungodly hour for a vacation stroll. But visit much later and you’d be hard pressed to glimpse the street beneath the hordes of cruise-ship passengers.

Twenty years ago, the world was shocked to see this historical treasure bombarded by Serb and Montenegrin troops camped in the hills above Dubrovnik. These days, the battalions of tourists packing the “Pearl of the Adriatic” from giant ocean-going liners are an irrefutable sign that, at least in this part of the former Yugoslavia, the vacation business has truly recovered from the wars of the 1990s.

Croatia's spectacular coastline — with its clear blue waters, its historic cities and almost 700 islands — has long regained its pre-war position as one of Europe's premier seaside destinations. The country of 4.4 million attracted over 9 million foreign visitors last year.

Now, increasingly, travelers are re-discovering the diverse beauty of the rest of what was once Yugoslavia. These include Slovenia's Alpine peaks; the crystalline waters of Macedonia’s Lake Ohrid; Bosnia's Ottoman architecture and culture; and Montenegro's rugged scenery or the jumping nightlife of Belgrade.

“The people are the main attraction,” said Irishman Raymond Maxwell, a regular traveler in the region. This year, Maxwell took his family trekking along the mountainous Montenegro-Kosovo-Albania border, where bears, wolves and lynx roam some of Europe's wildest landscapes.

“It can seem a bit edgy sometimes, but there's always a real welcome and you can actually see these places emerging as modern nations. People have a pride and attachment to the most remote places. And they are investing in some great little hotels,” he added.

The Muslibegovic House, in Mostar, Bosnia-Herzegovina, is just such a place. The 18th-century Ottoman mansion was lovingly restored, and is now a combined museum and boutique hotel. It is run by Tadzudin Muslibegovic, whose family has lived there for nine generations. Richly decorated with oriental antiques and colorful local carpets, it was listed as one of the world's top-10 hotels last year by the Expedia Insiders' Select guide.

A short walk away is Mostar's iconic bridge, spanning the Neretva river. It is one of 18 Unesco World Heritage sites scattered through the former Yugoslav republics.

After standing for over four centuries, the graceful white limestone arch crumbled into the river in 1993, following a barrage of sustained shelling by Croat artillery fighting Bosniak forces. Along with most of Mostar's Ottoman-era old town, the bridge has been rebuilt. Local daredevils regularly entertain startled visitors by plunging into the chilly waters 72 feet below.

Back in Dubrovnik, a walk around the city’s ramparts offers jaw-dropping views over the old stone homes and the surrounding coastline. But the roof tops below reveal the extent to which the Balkan wars damaged this World Heritage site. Roofs made from old, faded pink and russet clay tiles are outnumbered by those rebuilt with bright new orange-red tiles after the bombardment by Serb and Montenegrin forces.

Eighty-five miles north, the Bosnian capital Sarajevo was the tragic epicenter of the war from 1992 to 1996. Serb forces encamped on the surrounding mountains pounded the city with an estimated 2 million shells, killing about 10,000 civilians and barely leaving any buildings unscathed.

Extensive reconstruction has eliminated the signs of war, at least in the old city center. A casual visitor can wander past the mosques, carpet stores and hookah bars in the Bascarsija district, or sip cocktails in the trendy cafes across from the Catholic cathedral, hardly noticing the traces of the siege.

Although work is still ongoing to restore the 19th-century city hall to its former glory, much of the city has long been rebuilt, recreating an eclectic mix of Turkish and Central European culture. Tea rooms serve both sticky Middle Eastern baklava and Viennese cream-and-chocolate confections.

Discreet reminders of the war are omnipresent, however. Plaques on street corners, market walls or the entrance to a park list the names of those who died there. Many of the narrow white stones in graveyards scattered around the city are marked with dates from the early 1990s.

From Serbia: How young Serbs learn to hate

The tunnel dug under Sarajevo's airport to provide a vital lifeline for the besieged city is now a poignant museum run by the the Kolar family, whose shrapnel-scarred house hid the tunnel's exit.

Before the breakup, Yugoslavia covered an area bigger than Britain, but with barely a third of the population. Driving through the region reveals a dramatic diversity of landscapes and cultures, from snowy Alpine slopes, to the pastel architecture of the broad Danube plain, from the Mediterranean shore punctuated with Venetian bell-towers to mountain wildernesses dotted with rough-hewn stone villages where roadside traders offer soft homemade sheep's cheese, jars of honey or bottles of fiery rakija liquor. Within the space of a few miles, you can have the impression of being in Turkey, Italy, Austria, Russia or somewhere that's simply unique.

In the far northwest, close to Slovenia's borders with Austria and Italy, Lake Bled glistens like a sapphire amid the peaks of the Julian Alps. In a sign of changed times, the Vila Bled, an imposing mid-20th century construction overlooking the smooth waters that was once the favorite retreat of Yugoslavia's Communist strongman Josip Broz Tito is now a luxury hotel. It comes complete with a spa, a wonderful gourmet restaurant and an 850 euro-a-night presidential suite located in Tito's former chambers.