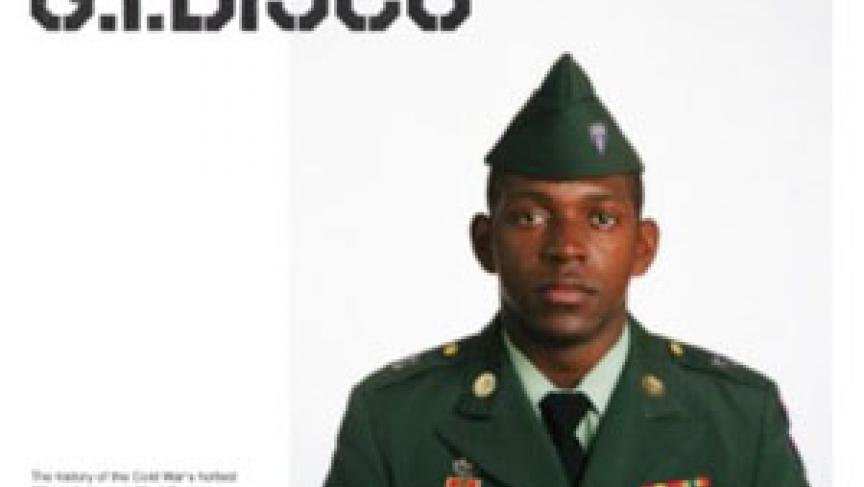 Share
By Caitlan Carroll A crowd of well-dressed men and women lines up to get into GI Disco, a popular club night held at a posh bar in Berlin. But before they can dance, clubbers have to get past the guy at the door, former U.S. military policeman Smiley Baldwin. Baldwin said when he's manning the door, he often doesn't let the younger people in. "It's not because I don't like them. The fact is they wouldn't get it." What they wouldn't "get" is the music history that GI Disco documents. Baldwin served in Germany during the 1980s and 90s, when there were hundreds of thousands of American soldiers stationed there. He got together with two Berlin deejays to start this monthly club night. GI Disco celebrates the music that American soldiers brought to Germany in the '80s and '90s, like hip hop, disco boogie and new jack swing. "The dance music was being brought by the black guys," Baldwin said. "These guys were partying and just rocking the house. When I got to Berlin, I was going out from Sunday to Sunday." American soldiers had the edgiest music in Germany because they brought all of their records with them from the U.S., said Daniel Best, one of the deejays at GI Disco. Best is an American who grew up near a base in Stuttgart. He said spent a lot of his teenage years at the GI clubs. "It was German women, American soldiers, and us," he said, laughing. "The music aficionados, you know, the music nerds were there." Best said the GI clubs brought local Germans into contact with a mix of music – and people. Many locals attracted to the GI club scene were looking for a dance floor where they felt accepted. "The children of the people who came here to work —Turkish, Greek, Yugoslavian, Italian, Portuguese people – also went to these clubs," Best said. "Children of mixed-race parents were looking culturally for a home and they would go there as well." Kalle Kuts also spent a lot of time hanging around these clubs in the '80s. Now Kuts is a popular Berlin deejay. He spins records with Daniel Best at the GI Disco night. Kuts and Best came up with the idea for GI Disco while they were playing a club together. They both started pulling out some of their old-time hip-hop favorites, like "Paid in Full." "I can remember hearing it for the first time at a GI club in Berlin where the deejay was making a 10 or 15 minute version out of it, scratching it, cutting it, with the instrumental even rapping on top, and I knew this is really new music and this is a really new style of deejaying." Baldwin takes a break from the door to check out the scene. Baldwin said seeing all of these people together, Germans, Americans, the children of Germans and Americans, is the positive outcome of a troubled time. Before the wall came down in 1989, Berlin was a divided city, but a lot of people did come together on the dance floor. "That's a part of history that probably won't end up in a book," Baldwin said. "Nobody's going to write about that." Maybe not yet, but they'll definitely dance to it.