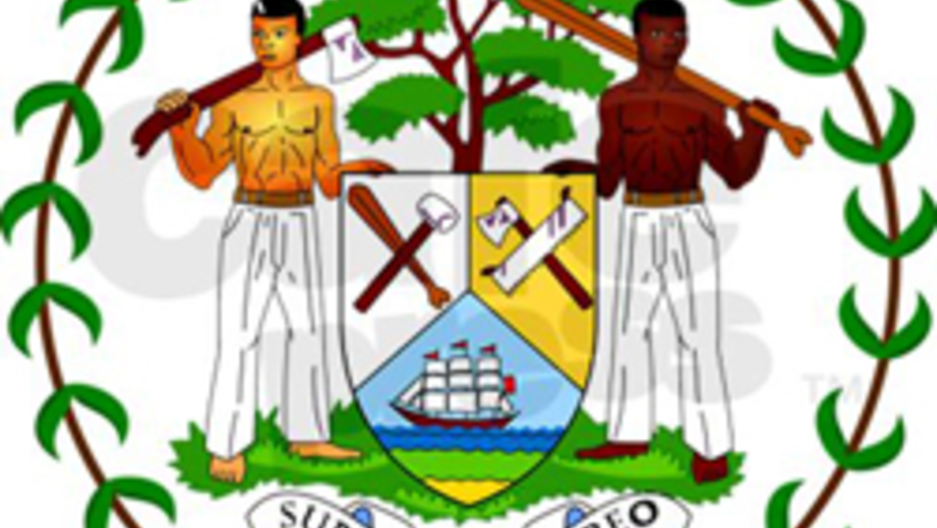 So in that northerly spirit, we want you to name the northern-most country in Central America. It has a mix of Afro-Caribbean and Central American cultures. You can hear Creole and Spanish here, though English is the official language.

Which country is that?

The answer is Belize where after 30 years of independence the national anthem has finally been translated into the lingua franca of the people: English Creole. Reporter Amy Bracken caught up with the translator, Leela Vernon, in the diva's hometown of Punta Gorda:

If you go down a path behind a tool and parts shop in Punta Gorda, you'll likely find Leela Vernon sitting in her garden. Leela Vernon is a household name in Belize.

She's known as the Queen of Brukdown — a popular rural Belizean dance music. She's won awards from the government of Belize and the Queen of England, promoting her culture at home and abroad. She's also known for her protest songs.

Vernon is 60 now and likes to talk about her hobbies: organic gardening and canning, but she hasn't given up writing songs. In fact, she's been tinkering with the national anthem.

Belize's national anthem is called Land of the Free. Its lyrics were written by a Belizean soldier, Samuel Alfred Haynes, in 1963. Haynes fought for the British in World War I, but soon after led a riot protesting racism at home. When Belize gained its independence in 1981, his song became the new country's anthem.

But the song is in a formal English, so a few years back, Vernon decided to translate Haynes' words into Creole. "I'm doing this for my ethnic people here in Belize, mainly," she says. "So they can understand what is going on, what went on, why we celebrating."

Belizean Creole is a mix of English and African languages. And the Creole here transcends ethnicity. It's spoken by the Garifuna, three Mayan tribes, Mestizos, Mennonites, East Indians, Chinese, as well as ethnic Creoles.

"When you come to Belize, the first thing you need to understand that the Creole language binds all the ethnic people together here," says Vernon. "And they have to talk Creole to communicate, so that makes the whole think unique, very unique."

Vernon says after independence, school children sang 'Land of the Free' just as they had sung 'God Save the Queen' under British rule — with little thought or understanding. "I personally used to sing the anthem, but I didn't pay much attention to the words, you know, until after translating it to Creole. I said, 'This is a very serious protest song.'"

The final verse of the song says, 'freedom will come tomorrow afternoon.' "Meaning we are not free yet. That got to my brain, and I say, oooh, when will we be free then?… until tomorrow afternoon, that mean we are still under the whip!"

I ask her if the Belizean people are free now. She says Yes, but they also live in poverty, and she blames the legacy of British colonial rule for that. "I think the rippling effect of slavery is still taking a serious toll on the black community in Belize," she says.

She's referring to a recent rise in violence in Belize City. She says her country needs economic opportunities, but she also believes in the power of embracing ones culture.

Her Creole national anthem is slated to air on Belizean radio today for the first time.
Belize Anthem in Creole

O, Land of the free by the Carib Sea,
Our manhood we pledge to thy liberty
No tyrants here linger, despot must flee
This tranquil haven of democracy
The blood of our sires which hollows the sod,
Brought freedom from slavery oppression's rod
By the might of truth and the grace of God.
No longer shall we be hewers of wood.

Chorus:
Arise! Ye sons of the Baymen's clan,
Put on your armours, clear the land!
Drive back the tyrants let despots flee-
Land of the free by the Carib Sea!

Nature has blessed thee with wealth untold,
O'er mountains and valleys where prairies roll;
Our fathers, the Baymen, valiant and bold
Drove back the invaders; this heritage hold
From proud Rio Hondo to old Sarstoon,
Through coral isle,over blue lagoon;
Keep watch with the angels, the stars and moon;
For freedom comes to-morrow's noon.