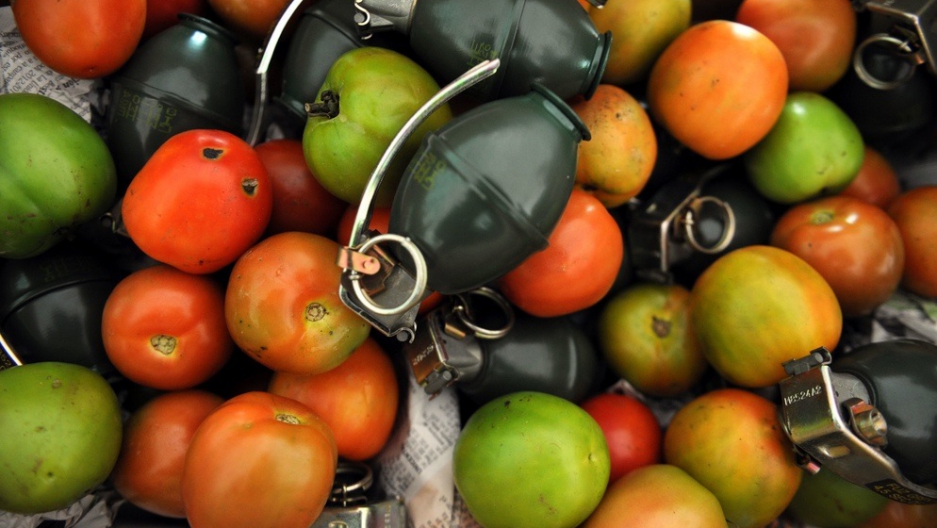 ARAUCA, Colombia — It seems like a textbook exercise in grassroots democracy: On Oct. 30 Colombians will dutifully line up at polling stations to choose governors, mayors and local council members.

In the run-up to this election more than two dozen Colombian candidates have been assassinated. Hundreds more are suspected of collaborating with Marxist guerrillas and drug traffickers. The electoral process is also plagued by vote-buying and entrenched political clans that freeze-out reform-minded newcomers.

“In some areas of the country, the voting process is an empty ritual. You know who will win and why they will win,” says Felipe Jimenez of the Electoral Observation Mission, an independent electoral monitoring group based in Bogota. “You can’t really qualify it as democracy in these places.”

Like most Latin American nations, Colombia has held a string of relatively clean presidential elections, which attract a great deal of international scrutiny and are harder to manipulate. Along the way, Colombia turned a corner as the resulting administrations improved relations with Washington, cracked down on crime and opened the door to foreign investment, tourism and economic growth.

More from Colombia: Cocaine components in the crosshairs

But at the state and local level, electoral authorities have failed to ensure a level playing field and fraud-free balloting. The result is what analysts call “the other Colombia” — outlying areas where politics are brutal and dirty, public money for housing and highways routinely disappears, and levels of health and education lag far behind more developed regions.

That’s why a new report on the elections by the International Crisis Group predicts Colombians will face “four more years of poor local governance, high levels of corruption and enduring violence.”

These same problems are affecting Colombia’s neighbors to the north as Mexican cartels assert their control over Central America. In Guatemala, which held general elections this month, the spike in political killings and drug-related bloodshed was so alarming that U.S. Secretary of State Hillary Clinton upped by a third — to $300 million — U.S. funding to help Central America combat organized crime.

Last year, primary elections for governor in the Mexican state of Tamaulipas were cancelled amid allegations that drug traffickers had infiltrated the campaigns.

But with their attention focused on presidential elections, few people outside the region have noticed. “For the most part the international community feels that Latin America has 'graduated,'” and is now democratic, said Nhelly Saleh-Ramirez of the International Foundation for Electoral Systems, a non-profit group in Washington that supports clean elections. “But we have definitely seen a backsliding of democracy in [parts of] the region.”

Unlike presidential races, state and local elections involve thousands of candidates, including some with shady resumes. In Colombia, Interior Minister German Vargas Lleras recently announced that 13,833 of the candidates in next month’s balloting — more than 10 percent of the total — have criminal records.

Their campaigns often take place in remote areas where the presence of the army and police is minimal, and rebels and criminal organizations flourish. Out in the sticks, government watchdog bodies are weak and there’s little scrutiny from the media or electoral monitors on issues like campaign financing.

People in these regions are often poor and relatively uneducated, leaving them susceptible to vote buying. This month, the governor of the impoverished jungle state of Guainia was convicted of vote buying in the 2007 election. He paid voters about $30 each and in some cases gave away outboard motors for fishing boats. (Candidates got an even better deal in last year’s congressional elections in which some people sold their votes for as little as $10 and a sandwich, according to the Electoral Observer Mission.)

The armed groups aim to elect politicians who will turn a blind eye to their criminal activities and award public works contracts to their friends and relatives, according to Ariel Avila of the Bogota think tank New Rainbow Foundation.

In oil-rich Aruca state, for example, politicians have squandered millions in oil royalties on projects like an Olympic-sized velodrome, even though there are hardly any cyclists in this impoverished region.

In other cases, they have allied themselves with local politicians to block national government initiatives, such as a campaign to return land stolen by paramilitaries, guerrillas and drug traffickers to small-scale farmers.

The leading gubernatorial candidate in Arauca, for example, has been disowned by his political party due to his close connections to a former governor imprisoned for his ties to paramilitary death squads.

Another candidate for governor, Facundo Castillo, is widely rumored to have close links to the guerrillas. “I have a clean resume,” Castillo told GlobalPost. “No one can prove that I ever met with any armed group.”

Either way, Castillo knows how to woo a crowd.

After visiting families living in dirt-floor shanties on the outskirts of the town of Arauca, Castillo set up a mobile clinic in a nearby park. A general practitioner, Castillo donned blue scrubs and personally examined dozens of slum dwellers. His entourage also provided dental checkups and free haircuts. All the while,
loudspeakers played campaign jingles urging people to vote for Castillo.

As she stood in line at Castillo’s makeshift clinic, Sandra Rodriguez said she’s happy for the free medical attention but wasn’t sure if she would vote for the doctor.

“You become cynical about politicians,” she said. “They make lots of promises. After you vote for them you wait for something good to happen but you end up disappointed.”