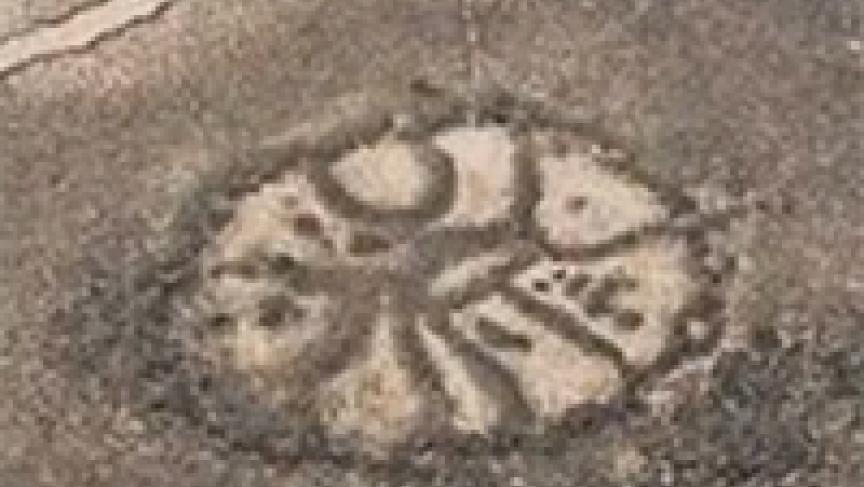 Share
For our Geo Quiz we take you back to the so-called 'ancient astronauts'. You may have heard of Nazca lines discovered in Peru. The version of Nazca lines we're talking about here can be found – according to researchers – in three countries in the Mideast. Name any one of those countries. There's a controversial story behind the Peruvian Nazca Lines. If you read "Chariots of the Gods?", you may know something about it. "It is possible that ancient astronauts went in search of life beyond their own world and found it on planet earth," maintained Rod Serling in the 1973 NBC documentary, "In Search of Ancient Astronauts." Airplane pilots flying over Peru's Nazca desert in the thirties first became aware of these ancient "geoglyphs" or drawings. The newly spotted lines are also in a desert, and were also spotted from a plane. And researchers are working with mideast aerial photography specialists to document them. So give us one of three countries we're flying over, and think fast. OK, one answer is Jordan. The other two answers are Syria and Saudi Arabia. Take a flyover and you'll see shapes that look like wheels with diameters of more than 200 feet. The "ancient astronaut" theory has been repeatedly debunked. Still the idea is tantalizing for many. In 1927, for example, a British pilot flying over Jordan published his own testimony about what he saw in the journal "Antiquity." And he said that these stone structures are known to the local Bedouin as the "works of the old men."