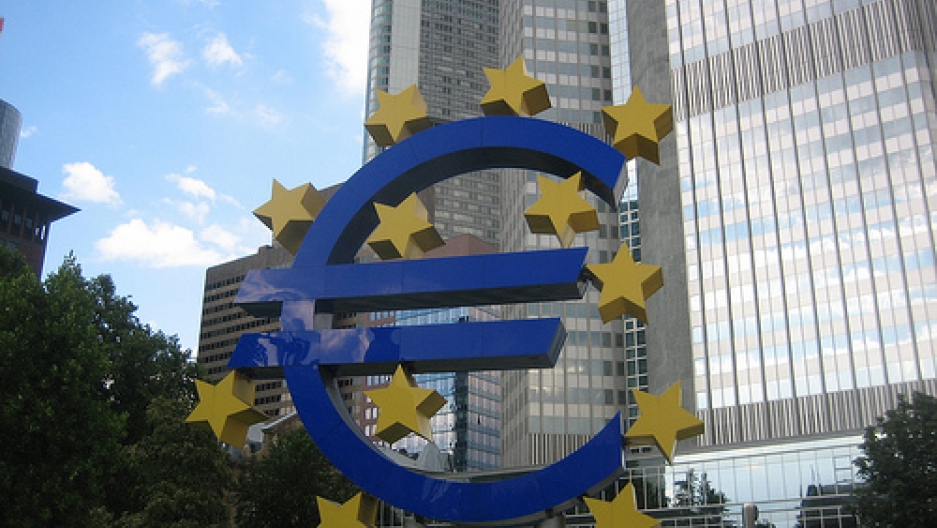 The International Monetary Fund today downgraded its economic outlook for the U.S. by a full percentage point. The reason: The European debt crisis.

Part of the problem is that American financial institutions have been placing bets (in the form of credit default swaps) on whether or not Greece and other European countries will default on its government debt, and now they could be on the hook for billions of dollars.

Gretchen Morgenson, business columnist for the New York Times, told Here and Now that these bets amount to about $32 billion in "credit exposure" on Greece, Portugal, Ireland and Spain.

According to Morgenson, the bets are similar to the insurance policies AIG wrote on mortgage securities -- policies AIG ultimately couldn't make good on.

So why haven’t regulators stepped in to give more oversight of those credit default swaps after they helped lead to the financial crisis of 2008?

Legislation proposed in 2010 to ensure a safer environment for investors has not been passed, Morgenson explained. "Many of the rules have not been written, and these include credit default swaps."