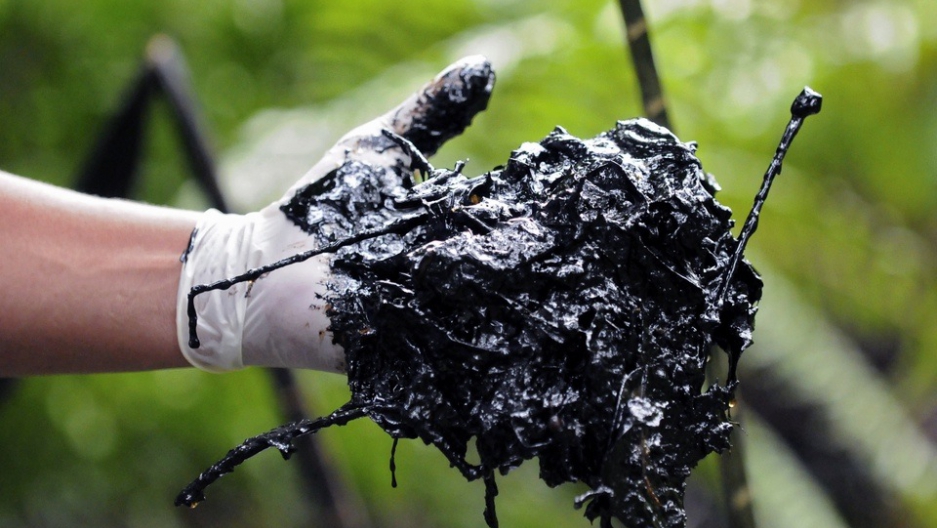 Ecuadoreans should be allowed to collect $18.2 billion in damages from Chevron to clean up oil pollution in the Amazon rainforest, a U.S. court has ruled.

It’s the latest chapter in an ongoing fight between indigenous groups in this small Latin American country to seek damages related to oil pollution on their land.

Indigenous groups in the small Latin American country say that Texaco, a company that has since merged with Chevron, dumped more than 18 billion gallons of toxic waste into pits and rivers in Ecuador in 1972 and 1992.

The waste, they say, seeped into the soil and killed their crops, and contaminated the water, leading to cancer and birth defects. In this BBC story, one man said he had grown up having to bathe in a river where black oil floated on top. They had to use soap to clear away the oil and then bathe with what they hoped was clean water underneath.

About 30,000 local residents from different Amazonian tribes brought the lawsuit.

Chevron says that Texaco cleaned up the mess it had made, investing $40 million in the 1990s. Texaco at the time signed an agreement with the Ecuadorean government that said it would be cleared of further responsibility.

Any further damages, Chevron says, should be handled by Ecuador’s state-run oil company or the government itself.

A Chevron spokesman explained, telling the BBC that:

"The oilfields in question have been solely operated by the government of Ecuador's own oil company Petroecuador for the last 20 years," he said.

"Petroecuador has a deplorable environmental record and Chevron is getting blamed for actions in a country that we've never even operated in."

So the debate has been bandied about in the courts. In February, an Ecuadorean court said Chevron should pay. That was appealed. Then a New York judge said the company didn’t have to. Then, a New York appeals court said they did.