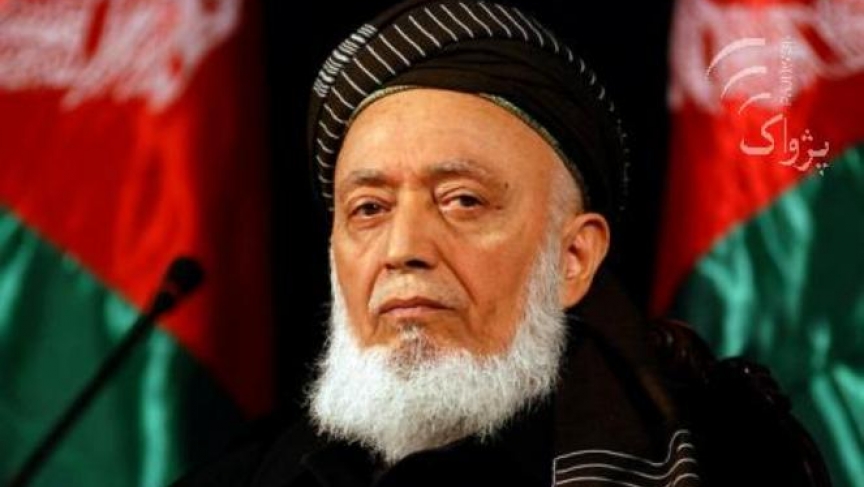 Burhanuddin Rabbani, chairman of the Afghan High Peace Council, is killed along with several other people in a bomb attack in Kabul, officials say.

Rabbani, a former Afghanistan president, was meeting member of the Taliban when he was killed by a suicide attacker who is suspected to have concealed a bomb in his turban.

As head of the council, he was leading Afghan efforts to negotiate with the Taliban.

Lisa Mullins: I’m Lisa Mullins and this is The World.  Attempts to bring peace to Afghanistan suffered a setback today as a suicide bomber killed the head of the government Peace Council.  That’s a group trying to facilitate talks with the Taliban.  Burhanuddin Rabbani was also a former president of Afghanistan. The current president, Hamid Karzai, has been in New York for the UN General Assembly this week.  He’s now decided to return to Kabul.  Before that though, Hamid Karzai met with President Obama, who condemned Rabbani’s assassination.  Obama also vowed not to be deterred by the killing. The World’s Laura Lynch is in Kabul at a compound less than a mile from where the attack took place.  She says Rabbani was at home greeting visitors.

Laura Lynch: There were two Taliban who wanted to meet Rabbani, to talk to him about peace talks.  And they were apparently inside his house and one of them had explosives reportedly inside his turban.  He may have embraced Rabbani and at that time he detonated his explosives and Rabbani died apparently almost instantly.

Mullins: Maybe Laura, you can tell us a little bit about Rabbani and his stature right now in Afghanistan, and a little about his history because he made his mark back in the 1990s when he was president, during a time when the Taliban was building its power, eventually coming to the helm in Afghanistan in 1996.

Lynch: Well, that’s right, Lisa, but his history in this country goes back much farther than that, his history as a player if you will.  He was a member of the Mujahideen, the rebels, who actually managed to get the Soviets out of power in this country.  And then he became president, but it was a power that he held onto very tenuously because there was factional fighting; in fact, people call it a civil war among different parts of the Mujahideen.  And so he held power only from 1992-1996, and then you’re right, the Taliban swept into power.  And he eventually found his way to the northern part of the country where he managed to cling onto control of a small area of Afghanistan.  And he stayed there until 2001 when the invasion forces came in almost 10 years ago now, and managed to make his way back down with the Northern Alliance and found his way back on the political stage in this country as a leader of the opposition. But then Hamid Karzai, this president, found a new role for him last year as head of the Peace Council.

Mullins: And the Peace Council as you said, was established by Hamid Karzai.  This is a group of about 68 people who were designated to try and find a political solution to the end of the war with the Taliban.  Is it clear that the Taliban themselves would have been against him?  I mean who would have the motivation after all his political dealings through the decades to assassinate him now?

Lynch: Well, Lisa, as I said, he’s a very divisive figure, but you know, you also have to be careful when you talk about the Taliban because they are now a many and varied group.  Would there have been some Taliban who are interested in talking peace, so-called moderate Taliban?  Yes, apparently there are.  Were there others who are interested in destabilizing whatever attempts at peace there might have been?  Well, look around this country over the last few weeks. There was the 20-hour shootout in this same neighborhood last week.  There was an assassination of Hamid Karzai’s brother earlier this year.  There was an attack on the Intercontinental hotel…all various actions claimed responsibility by the Taliban in all of those cases. So, would they have had an interest then in trying to destabilizing any attempts at brokering a peace by killing the man who was the head of the Peace Council?  Some would certainly say yes.

Mullins: You can get the latest on the assassination of the former president of Afghanistan from our partners at the BBC, just follow the links at theworld.org.

Copyright ©2009 PRI’s THE WORLD. All rights reserved. No quotes from the materials contained herein may be used in any media without attribution to PRI’s THE WORLD. This transcript may not be reproduced, in whole or in part, without prior written permission. For further information, please email The World’s Permissions Coordinator at theworld@pri.org.